For the oil market, the impact is likely minor—Qatar is a small crude oil producer, and its liquids production is far greater than its crude oil production anyway (see graph below). But for an organization whose cohesion has always been shaky, and at a time when the market is trying to divine OPEC’s next moves, this is hardly an encouraging sign. The most obvious question is whether any other countries will follow; even if they do not, Qatar has sent a strong signal about what it thinks of OPEC, and that message will weigh on other countries and their deliberations. It also raises some questions about OPEC’s market strategy, especially in light of the very robust growth in U.S. oil production, and whether the OPEC-plus partnership with Russia has come at the expense of the more technocratic approach that served Saudi oil policy well for years. 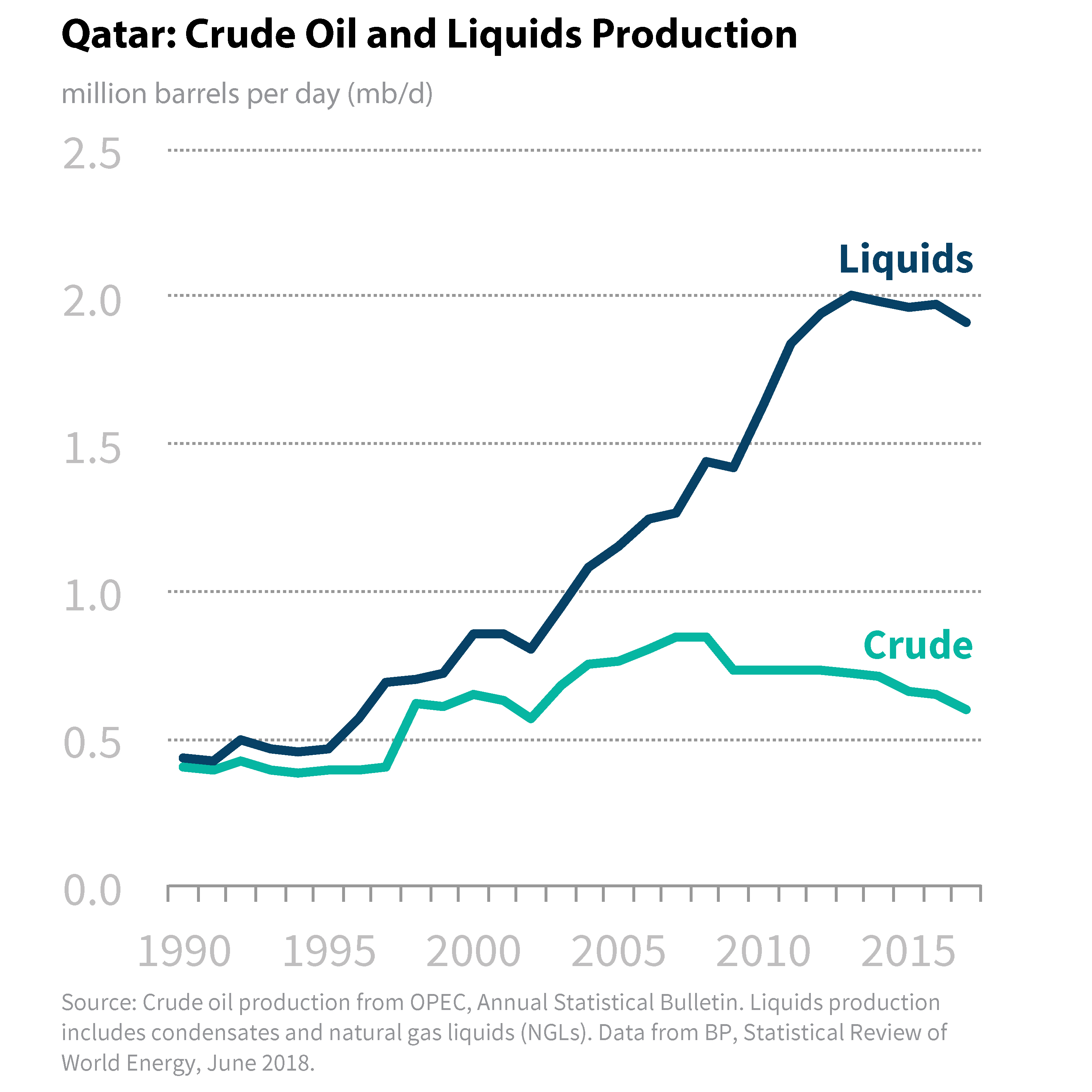 More importantly, the departure signals how wide the rift is between Saudi Arabia and Qatar. That relationship has been tense for many years and for many reasons—most of which far predate the current leadership in Riyadh. But the fact is that Qatar is feeling the need to make this strong statement—that should be worrisome on its own. Absent of some mediating role by the United States, it is hard to see how the relationship will stop degrading, much less get better. Leaving OPEC is hardly going to be a de-escalatory move, and it underscores the limits of America’s current approach towards this conflict, which has done little to diffuse it.

Qatar’s membership in OPEC has done little to impact its LNG trajectory, which is more important for revenues anyway (see below). OPEC never constrained Qatar’s gas plans and leaving OPEC will offer neither a reprieve nor a boost. There is one possible long-term outcome from this rift between Saudi Arabia and Qatar that could impact gas markets and LNG: their rift could become a rift between oil and gas. Insofar as OPEC exerts influence on oil prices, it also exerts influence on gas prices—especially in Asia, where gas prices are still linked to oil. If Qatar were to lose faith in oil prices, it could eventually want to free LNG from its tie to oil. A change in price structure is a long, painful, and complicated process, but it is made easier if a major player is either pushing for change or, at least, more open to it. Qatar could play that role. To be clear, there is no evidence that this is happening, but this is a possible long-term result.

From a gas perspective, such change would be transformational. In a market with relative abundance, gas should trade at a discount to oil, although volatility will drive short-term fluctuations. For a fuel that has struggled with competitiveness, a unique gas price could accelerate adoption, boost penetration and increase demand—all of which will be good for the gas industry and for the climate. This change could also give Qatar more sway over gas prices. It will be the ultimate twist of geopolitical irony if Saudi Arabia, now in the midst of a gas expansion at home and overseas, ends up joining an international gas market whose price is largely determined at Ras Laffan.