Japan-China relations have seemingly improved this year as the two countries celebrated the 40th anniversary of the signing of the Treaty of Peace and Friendship between Japan and the People’s Republic of China. Prime Minister Shinzo Abe of Japan visited Beijing in October 2018, the first official visit to China by a Japanese prime minister in seven years. Bilateral relations deteriorated in recent years due to historical sensitivities and tensions over the Senkaku Islands in the East China Sea, but the recent uptick in diplomacy could indicate an improvement in bilateral ties. Chinese President Xi Jinping is expected to make a reciprocal visit to Tokyo in 2019.

In this second issue of the Debating Japan newsletter series, the CSIS Japan Chair invited Dr. Jeffrey Hornung, a security specialist, and Mr. Kiyoyuki Seguchi, an economist, to assess the prospects for Japan-China relations in the coming years. 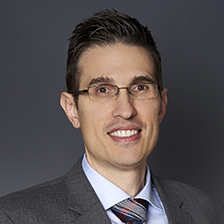 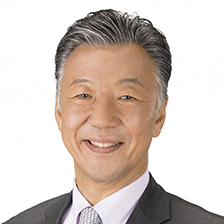 Last month, Prime Minister Shinzo Abe visited China to meet with Prime Minister Li Keqiang and President Xi Jinping. Abe’s visit resulted in numerous bilateral deals, including a $30 billion credit swap and agreements to cooperate in overseas development. And on the sidelines of a gathering of defense ministers in Singapore, Japanese defense minister Takeshi Iwaya met his Chinese counterpart Wei Fenghe. They too reached agreements, which included strengthening exchanges between their defense authorities and troops and reaffirming a plan to establish a hotline launched in June to avoid unintended incidents in the air or at sea between their militaries.

These meetings and otherwise relative calm between them may give the impression that bilateral ties are improving. But such an interpretation risks overlooking the fact that China and Japan are engaged in strategic competition, anchored firmly in three fundamental differences. Because of this, it is more likely than not that the current Japan-China rapprochement will fail.

The first difference is their positions on the Pinnacle Islands. Japan has administrative control of what it calls the Senkaku Islands, but China (and Taiwan) disputes Japan’s ownership. Beijing has said repeatedly that the Diaoyu Dao (the Chinese name) have been an inseparable part of Chinese territory since the Ming Dynasty. Xi is one of many Chinese officials to take this position saying, “We absolutely will not permit any person, any organization, any political party—at any time, in any form—to separate any piece of Chinese territory from China.” Tokyo, with ownership over the islands, views the Senkakus as an inherent part of its territory, under its valid control and therefore not open to questions of sovereignty. These conflicting positions are non-negotiable and have not changed.

They also have differing threat perceptions. According to Chinese defense white papers, China identifies an extensive list of security threats to its interests. Among others, these include the United States strengthening its regional alliances, the Japanese threats to Chinese territorial sovereignty and maritime rights, and maritime sovereignty claims by states in the East and South China Seas. To meet these threats, China has poured resources into its defenses, embarking on a robust military modernization program. It has also been increasingly willing to act against perceived threats to its territory in the East and South China Seas.

Japan’s views are the exact opposite. It views the United States’ regional presence as a reassuring force and sees China’s unilateral claims to large swaths of water and geographical features as a major regional concern. What is worse for Tokyo, Beijing’s military spending, coupled with its increased military and paramilitary activity in Japanese waters and airspace, threatens Japan’s security and attempts to undermine the status quo. To strengthen its ability to deter or defeat this Chinese aggression, Japan has been strengthening its defense capabilities and its security relationships with key regional countries, including the United States. These diametrically opposed threat perceptions show no signs of changing.

The third difference is their visions of the international order. As a growing power, China has demonstrated a willingness to demand more influence in the international system, as it views the existing order as constraining. As such, despite joining numerous international and regional institutions, and boosting its support for multilateral activities, China prioritizes arrangements that it controls, challenges and seeks to revise aspects of the existing order, and takes assertive policies vis-à-vis its immediate neighbors. Japan, by contrast, could be called a hyper-status quo power. Tokyo sees itself as having benefited from the order, ensuring the peace and stability it needed to recover and prosper after World War II. Satisfied, Tokyo has built its international agenda almost solely around upholding and strengthening the order. Rather than constraining, the order has given Japan a louder voice and role in shaping the rules and norms that make up the order, as well as the multitude of multilateral organizations to which it belongs but does not necessarily lead.

There is no doubt that Abe’s China visit was important. Not only was it the first official visit to China in almost seven years, but it also provided an opportunity to commemorate the 40th anniversary of the China-Japan Treaty of Peace and Friendship. While the agreements may be interpreted as evidence that ties are improving, their fundamental differences remain unresolved. And without resolution, there is a clear limit on how far rapprochement can continue.

Rather than viewing the summit as evidence of improving relations, it is more plausible to interpret the pleasantries as evidence the two Asian powers have learned how to better manage their relations. Since 2012, when they have allowed issues of history or territorial claims to define their relations, bilateral ties have nosedived more often than not. Recently, they have tended to downplay these issues; instead, recognizing the importance of economic and trade ties, areas where both can benefit. Even the maritime hotline is indicative of better management, as they are seeking ways to avoid unnecessary escalation, if possible.

But should an issue arise regarding their fundamental differences, history suggests that these differences will dictate the nature of bilateral ties. Because none of these differences have been resolved, it is hard to believe the current détente will last.


The ties between Japan and China could best be described as a merchant-craftsman relationship from an economic standpoint. Chinese people are merchants by nature. Even when there are tensions between Japan and China, they are willing to buy Japanese products because the quality is good. When Japan-China relations deteriorated in the 2010s, for instance, Japanese companies’ sales in China continued to increase rapidly for products such as robotics, clothes, cosmetics, electric rice-cookers, and diapers. Furthermore, the Chinese domestic market is creating the largest demand in the world, and Chinese people are looking to buy more goods from abroad. Japanese people, in contrast, could be characterized as craftsmen. They are producers of high-quality goods and services, but they do not necessarily expect a high price in return from customers who value the quality of their products.

Both sides see this relationship as beneficial—China can enjoy good quality products at a reasonable price, and Japan can access a large number of customers. This “consumer-producer” or “merchant-craftsman” relationship has evolved naturally over time and continuously supported the economic development of the two countries. No one can stop this phenomenon, and this economic interdependence will be an important driver of Japan-China rapprochement in the future.

While the “zero-sum game” concept may apply to security issues, “the win-win approach” can better explain economic affairs. By making the “Reform and Open-Door” policy the basic principle of economic policy, the Chinese government has successfully increased foreign direct investment into China over the last few decades. Japanese companies have been the largest investors under this policy and thus the largest contributors to the Chinese economy. Between 1995 and 2017, Japan was the only country whose investment surpassed $100 billion ($101 billion) in total accumulated foreign direct investment in China. The second largest was Singapore ($88 billion), followed by the United States ($75 billion) and South Korea ($71 billion). Thus, Japanese companies have been indispensable to China’s continuous development since the 1980s.

Since the 1990s, U.S.-led economic globalization, the spread of information technology, and the promotion of international financial services further strengthened the win-win relationship between Japan and China. These new dynamics rapidly promoted economic activities beyond the boundaries of nations. The World Trade Organization (WTO) served as the framework to accelerate globalization, and China was the greatest beneficiary. After China joined the WTO in 2001, it achieved the fastest and largest economic growth in history. In this process, economic interdependence between Japan and China strengthened, producing one of the strongest win-win relationships in the world. Economic development in China benefits Japan, and an economic downturn in China would have a negative impact on Japan’s economy. This is the opposite of a zero-sum game, and this basic structure will never change from now on.

The rapid increase in Chinese individual average income and consumption levels from economic development has also brought many Chinese tourists to Japan. The number of Chinese tourists in Japan is expected to surpass 8 million this year, a 15 percent increase from last year. Increased tourism is an important component of Japan’s economic growth strategy, and increased person-to-person ties also contribute to mutual understanding between Japan and China.

However, Chinese economic growth has been accompanied by an increasingly assertive security policy in the Asia-Pacific region since about 2010, when Japan-China tensions in the East China Sea intensified, and historical sensitivities also periodically complicate bilateral relations. As tensions continued to rise in recent years, not only with Japan but also with the United States and other countries, China found itself isolated and adjusted its foreign policy to focus more on economic relationships in the region. Japan-China relations have recovered remarkably since 2017, and official visits by leaders of the two countries resumed this year, in part to commemorate the 40th anniversary of the friendship treaty between the two countries.

Japan-China relations may be complex, but economic interdependence between the two countries will remain strong and contribute to mutual understanding and mutual trust over the long term. This will form the basis of rapprochement between Japan and China.

JEFFREY HORNUNG is a political scientist at the RAND Corporation. He specializes in Japanese security and foreign policies, East Asian security issues, and U.S. foreign and defense policies in the Indo-Pacific region, including its alliances.

Prior to joining RAND, Hornung was a fellow for the Security and Foreign Affairs Program at Sasakawa USA and the project director for the Maritime Awareness Project. From 2010 until 2015, Hornung worked as an associate professor for the Daniel K. Inouye Asia-Pacific Center for Security Studies, a Department of Defense education facility in Honolulu, Hawaii.

Hornung received his PhD in political science from George Washington University and was a visiting scholar at the University of Tokyo, where he conducted his doctoral research as a Fulbright Fellow. He also holds an MA in international relations with a concentration in Japan Studies from the Johns Hopkins University School of Advanced International Studies

KIYOYUKI SEGUCHI is the research director of the Canon Institute for Global Studies. His research focuses on the Chinese economy and the relations among the United States, China, and Japan. He worked for the Bank of Japan (BOJ) from 1982 to 2009. He was the chief representative of the Representative Office of BOJ in Beijing from 2006 to 2008 and an international visiting fellow at RAND Corporation (Los Angeles, CA) from 2004 to 2005. He received a bachelor’s degree in economics from the University of Tokyo. He established Asia Bridge Corporation, a consulting company to support business between Japan and China, in 2010.

Yuka Koshino​ is a research associate with the Japan Chair at the Center for Strategic and International Studies, where she focuses on projects involving U.S.-Japan relations and security in the Indo-Pacific region.