Former Nissan and Renault CEO Carlos Ghosn made headlines in late December 2019 when he fled Japan for Lebanon following a prolonged legal battle over multiple corruption charges. Since he was first detained in November 2018, Ghosn has denied the charges and portrayed himself as a victim of Japan’s “hostage justice system.” The Ghosn case has generated a debate on the Japanese justice system as a whole, including whether it reflects Japanese values or is consistent with international law. 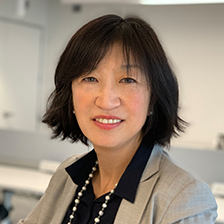 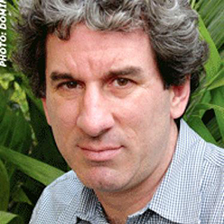 Like most legal systems that exist around the world, the Japanese judicial system is tough but fair. Importantly, it works as designed: to keep criminals off the street and create one of the safest nations in the world. Professor Bruce Aronson, formerly with Hitotsubashi University and now with the U.S. Asia Law Institute at New York University, has written on this topic in a forthcoming article saying, “it is hard to call Japan’s system a ‘failure’ when Japan has among the lowest rates of crime, incarceration and gun ownership in the world.”

I am neither a criminal lawyer nor an expert on criminal justice, but I have lived and worked as a business and policy professional in both Japan and the United States for many years and believe that shedding light on this issue is timely.

Second, recent events have raised questions about whether the Japanese system allows fair trials. In Japan, the accused are tried openly with their arguments and evidence heard thoroughly. Judges are independent in making decisions and trusted by citizens to maintain unbiased opinions. Except for arrests made at the scene of the crime, only judges can decide to detain an individual, and this decision is based on a number of factors, including the likelihood of an individual fleeing. In principle, prosecutors are not permitted to detain individuals accused of a crime without a judge’s permission. The accused can receive counseling directly from their lawyers in a private setting with no one else present. While defense lawyers are not allowed to be present during the interrogation process, the Japanese system is increasing the practice of recording of interrogations, which are released to the defense team upon request, in order to assure that the interrogation is conducted properly and with dignity.

Third, despite what has been published in the international media, there is evidence of fairness in the recent Ghosn case. Japan provides equal treatment to everyone regardless of social status or wealth. Contrary to Japanese societal norms, it must have been a big surprise to Mr. Ghosn that he did not receive special treatment because of his stature. Rather, he was provided with the same level of access, rights, and counseling as anyone else accused under the Japanese system.

I believe that a country’s criminal justice system reflects the values and societal needs of its citizens under a democratic society. Professor Frank Upham of New York University Law School told me that most Japanese not only value a low crime rate but also see their criminal justice system as fair and just. All criminal justice systems are complex, and no single country can claim to have a perfect one. Japan has implemented several new measures that will improve an already effective system, including a lay judge system where ordinary citizens serve as lay judges and work alongside professional judges in criminal trials, a prosecutorial agreement system for cooperation in investigations and trials, and greater transparency in the interrogation process. The recent incident involving Ghosn put a spotlight on the Japanese criminal justice system and has given Japan the opportunity to review and reaffirm the values of the system while continuing its efforts to create a better system as a whole.

Japan is pleased to host the United Nations Fourteenth Criminal Justice System summit this April. The Kyoto Congress will be hosted by the Japanese Ministries of Justice and Foreign Affairs, convening top government representatives from ministries of justice and attorneys general as well as experts from around the world. There will be a youth summit prior to this event during which students will come to Kyoto to learn, discover, exchange notes, and benchmark different nation’s judicial systems. Japan will share some of its best practices, while seeking to learn from other countries. One area Japan is interested in is strengthening defendant’s rights. The summit will be timely, and as NYU Professor Aronson notes in his forthcoming article, “thoughtful comparisons are more persuasive and useful for reform efforts.”

The Kyoto Congress will be an excellent opportunity to show Japan is ready to take up a leadership role on judicial practices. As the host, Japan will facilitate debate and work to develop a framework for making fair comparisons across nations, while committing to improving its criminal justice system for a safer and more humane Japan and world. Mr. Brad Adams

The arrest of former Nissan and Renault CEO Carlos Ghosn on corruption charges created global headlines. His subsequent dramatic escape from Tokyo to Lebanon is the stuff of a Hollywood blockbuster.

Innocent or guilty, his case has spotlighted deep flaws in Japan’s criminal justice system. In what has long been called the country’s “hostage justice” system, criminal suspects are often refused bail, questioned without the presence of their lawyer, and denied family visits. Unique among advanced democracies, Japan’s code of criminal procedure allows the authorities to hold suspects for 23 days without bail—and then to repeat this process over and over by adding new charges.

One way the authorities game the system is to split crimes by filing one charge based on the same facts and then another later if the suspect has not yet confessed. For example, the charge of “corpse abandonment” is often filed first, and then, 23 days later, murder or other more serious charges are filed. When prosecutors decide not to file additional charges, detainees who do not confess are nevertheless often refused bail by judges, who often reflexively side with the government, even if the case does not involve violence or if the person is not a flight risk.

Prolonged detention can result in the loss of employment, hardship for family members, including children, and social stigma, since many will assume that if the authorities held the suspect for a long period, they must have been guilty of something. After being held “hostage” in jail for weeks or months, admitting to a crime one didn’t commit may seem like the best way to end their ordeal.

Interviews by Human Rights Watch conducted earlier this year show that many victims of the hostage justice system are poor and have suffered greatly. For example, in Osaka, a man was arrested for allegedly causing the death of a two-month-old child by rocking the baby in a way that led to brain damage. The police had no direct evidence and no conclusive medical evidence that rocking or shaking the baby was the cause of death. The man and his wife were investigated for nearly 10 months prior to the man being arrested. He remained in custody for nearly nine months and was told that if he didn’t confess, his wife would be prosecuted. He was finally acquitted.

In Tokyo, a man with cancer was charged with fraud. His family told Human Rights Watch that his health worsened in custody as the jail authorities refused to give him the medication prescribed by his doctor or allow the doctor to assess his health. He was kept in custody for 156 days, during which his bail request on medical grounds was rejected at least seven times. The man kept a meticulous diary of the worsening of his medical condition. He died of cancer shortly after being released.

Japanese lawyers and civil liberties groups, such as the Japan Federation of Bar Associations, have long called for reform. In a January 2020 statement issued to rebut accusations of unfairness in the Ghosn case, the Ministry of Justice published a Q&A, asking, “Isn’t it fair to describe Japan’s justice system as one of ‘hostage justice?’’ The answer was no: “To the contrary, the Japanese criminal justice system does not force confessions by unduly holding suspects and defendants in custody.”

International human rights law guarantees a suspect the right “[t]o communicate with counsel of his own choosing,” which has been interpreted to mean prompt access to counsel without restrictions. The United Nations Body of Principles for the Protection of All Persons under Any Form of Detention or Imprisonment states that “The right of a detained or imprisoned person to be visited by and to consult and communicate, without delay or censorship and in full confidentiality, with his legal counsel may not be suspended or restricted save in exceptional circumstances . . . when it is considered indispensable by a judicial or other authority in order to maintain security and good order.”

It is time for Japan to admit that its archaic system is coercive and unfair. The government should consult with the bar association and overhaul the system to bring it into conformity with international law. Detainees have the rights to the presumption of innocence, a prompt and fair bail hearing, and access to counsel, including during questioning. The hostage justice system, which is designed to coerce confessions, should be consigned to the dustbin of history.

CHIYO KOBAYASHI is the co-founder of Washington CORE, a consulting firm based in Bethesda, MD, providing research and advisory services to globally-minded organizations, in both the private and public sectors.

BRAD ADAMS, executive director of Human Rights Watch’s Asia Division since 2002, oversees the organization’s work on human rights issues in twenty countries, from Afghanistan to the Pacific. At Human Rights Watch, he has worked on a wide range of issues including freedom of expression, protection of civil society and human rights defenders, counterterrorism, refugees, gender and religious discrimination, armed conflict, and impunity. He has written for publications including the New York Times, Washington Post, Guardian, Foreign Affairs, and Wall Street Journal.

Prior to Human Rights Watch, Adams worked in Cambodia for five years as the senior lawyer for the Cambodia field office of the United Nations High Commissioner for Human Rights, and as the legal advisor to the Cambodian parliament’s human rights committee, conducting human rights investigations, supervising a judicial reform program, and drafting and revising legislation. A former legal aid lawyer in California and founder of the Berkeley Community Law Center, Adams graduated from the University of California, Berkeley, Boalt Hall School of Law. He teaches International Human Rights Law and Practice at Berkeley Law School and is a member of the California bar.

“RESOLVED: Abe’s Investment in His Relationship with President Trump Has Advanced Japanese Interests” (January 2020)
“RESOLVED: Abenomics Is a Viable Growth Strategy for Japan” (November 2019)
“RESOLVED: Japan Has More to Gain Than to Lose from Its Export Controls on South Korea” (September 2019)

Read the 2019 working papers and listen to the podcasts here