This past weekend Chinese President Xi Jinping visited Russian President Vladimir Putin in Moscow for Victory Day. Together they witnessed the signing of a plethora of bilateral agreements. Predictably yet another one was signed on gas between Gazprom and China National Petroleum Corporation (CNPC), this time “heads of agreement” for the so-called western route for Russia to supply gas to China. Nonetheless Russia has followed a familiar but flawed strategy in its energy dealings with China, seeking to spur competition for its resources, but creating costly delays instead.

Moscow has struggled for nine years to finalize plans for gas exports to China. The slow progress is reminiscent of the process that preceded construction of the East Siberia-Pacific Ocean (ESPO) oil pipeline following an initial accord in 2001.Before agreeing to build a spur line to the Chinese border in 2009, Russia spent years trying to promote rivalry between Japan and China for the prize of ESPO oil. Russian officials argued that a dedicated line for China would give it too much bargaining power over the price of supplies.

Moscow floated nearly a dozen route and timing options for the 4,770-kilometer (2,965-mile) project until China agreed to provide $25 billion in loans to Rosneft and pipeline monopoly Transneft in order to clinch a 20-year supply deal. Even after oil started flowing a decade later in 2011, disputes erupted almost immediately over contract terms and alleged underpayments by CNPC that threatened to sidetrack the separate negotiations on gas. The disagreement with CNPC lasted nearly a year, until Rosneft relented and lowered its price.

Russia's gas plans for China have followed much the same course. Despite a series of handshakes and high-profile events, signs point to continued tensions in Russia-China energy ties. The friction stems from the difficult economics of these long-haul pipeline deals, but may also reflect the real state of bilateral relations, which are often characterized by both sides as "unprecedented" in degree.

Back in 2006, President Vladimir Putin agreed to build two gas pipelines to China, one from the east and one from the west, but the two countries have been at odds ever since over which should be given priority. Russia has always preferred the western route from its existing Siberian gas fields through its Altai region to Xinjiang, which would be shorter and cheaper for Gazprom than the eastern line to China's northeast industrial region and coastal cities from undeveloped resources in East Siberia.

In one of its rare public objections, China made clear in 2010 it had little use for a western line, far from its key markets and industrial base. "China gets gas along several western pipelines already, including ... gas pipelines from Turkmenistan and Kazakhstan," said Zhang Guobao, vice chairman of the National Development and Reform Commission, according to Interfax. "Therefore, an increase in gas deliveries to Xinjiang is not so important."

That should have been enough to keep Russia from pushing the Altai project further. From a security standpoint, another pipeline from Russia through restive Xinjiang would have limited benefits for China in terms of diversity of supply and may be one of the last things the country needs. But even after Gazprom signed a contract with CNPC last year to deliver 38 billion cubic meters (bcm) of gas per year through the eastern Power of Siberia pipeline, Putin continued to argue that the 30-bcm western line could be built "more quickly."

Moscow’s pressure on Beijing to prioritize the second western gas pipeline to China over the eastern route only raises doubts about Russia's commitment to the first gas pipeline that it had promised to complete by end-2018. While it moved slowly to start the Power of Siberia project and develop the resources at the Chayandinskoye and Kovykta gas fields, Russia kept pushing the Altai route as its priority. In March, Reuters cited informed sources as saying the Power of Siberia project might be "put off" in favor of the Altai line. The report seemed to suggest an elaborate bait-and-switch, aimed at saving Russia some 1,400 kilometers (870 miles) of pipeline construction and $35 billion in project costs in the near term, compared with the eastern route.

It then emerged that the contract for the eastern route had never been finalized, since the terms were contingent on an intergovernmental agreement (IGA) that Russia had yet to ratify. The meandering pace of the ratification process raised questions about whether it would be completed in time for Xi's visit and suspicions that Russia was seeking something in return. Russia's government approved a ratification bill only on March 20 before passing it along on March 31 to the State Duma, which delayed its ratification vote until April 24. The Duma then passed it on to the Federation Council, which stamped it on April 29 and sent it to Putin, who signed his own ratification on May 2, less than a week before Xi was scheduled to arrive and almost a year after the agreement with China was signed in Shanghai.

Was the slowdown a ploy to advance the Altai alternative, or a tactic to secure the $25-billion prepayment that Gazprom said had been agreed when the supply deal for the eastern route was signed in May 2014? Or perhaps a last-minute push to win Chinese financing for the Yamal LNG project of sanctions-stricken Novatek?

Whatever the reason, Russia's stalling displayed disregard for China's status as a valued customer and source of financing, an implication unlikely to be lost on Beijing. China's reluctance to advance the prepayment may have several causes. Among the top candidates are concerns that Russia will be unable complete the Power of Siberia project on schedule. Russia's price demands are also likely to be high on the list.

As with the logjams over ESPO, Russia spent years negotiating a starting price for gas deliveries to China, insisting on European-level netbacks from the new Asian market. Gazprom's goal was to send a message to Europe that it could sell its gas elsewhere if it continued to face regulatory and pricing pressures. In that context, Russia's preference for the Altai route has been a key factor, since it would tap Siberian fields that supply Europe. China's concerns about high prices and greater distances from Xinjiang were treated as secondary.

Conditions have changed dramatically since last year when the contract for the eastern route was signed with an estimated value of $400 billion and a presumed starting price of $350 per thousand cubic meters (mcm). Russia's strategy of insisting on equal netbacks appears to have backfired, due in part to its attempts to isolate Ukraine. Last September, Russia limited gas supplies to European customers by restricting them to contract minimums in order to discourage "reverse flow" sales to Ukraine. But in early March, Gazprom abruptly abandoned the strategy after estimated costs of nearly $6 billion, due largely to lost revenue. European gas prices quickly dropped by some $100/mcm.

The developments may leave China wondering why it should be stuck with a starting price of $350/mcm, when Gazprom is now selling gas to Ukraine at $247/mcm. Pressure for renegotiation seems likely to be another reason for withholding prepayments, particularly in light of concerns about commitments to the eastern line. A large cloud looms over the bilateral relationship as a result of Russia's repeated use of opportunities with China as a foil for competition with other countries and markets. The Russian energy minister admitted after the most recent signing that “There is still no agreement on the commercial price” for the western route.

Despite the setbacks and disparities, Gazprom CEO Alexei Miller has continued to warn Europe that "gas could go to other markets." In mid-April, Miller told a Berlin conference that "the Asian market will be a factor in pricing for the European market" over the next decade. This is an empty bluff since Gazprom’s convoluted negotiations with China, together with expensive pipeline construction and complex new-field development, will delay significant gas flows beyond 2020. It is highly questionable whether the resulting profits from gas sales to China will be superior to income from sales to Europe.

Although Beijing keeps its own counsel, resentment and distrust are likely to be rising over Russia's tactics, despite the handshakes and high-profile events. Diversification of energy supply and markets may be in the long-term strategic interests of both China and Russia, however, medium-term economic hurdles are challenging and not easily masked by political theatre. In time, the two sides can yet succeed in significant energy connections, which could ultimately include greater Chinese equity participation in Russian oil and gas production. Meanwhile, the price of oil, followed by gas, has fallen steeply and Russian country risk has gone up. China need not hurry.

Edward C. Chow is a senior fellow in the energy and national security program of the Center for Strategic and International Studies. Michael S. Lelyveld is an analyst, journalist and consultant who has covered energy, economic and strategic issues as a correspondent and commentator for Radio Free Asia since 2001. 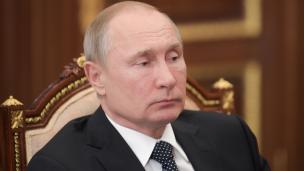