Secretary Pompeo’s ‘Do No Harm’ Trip to Sub-Saharan Africa

Secretary of State Mike Pompeo concluded a three-country tour of sub-Saharan Africa last week, successfully navigating several policy landmines in Senegal, Angola, and Ethiopia. The trip was a long overdue and much-needed engagement with the region. It was Pompeo’s first visit to sub-Saharan Africa in his current role, and only the second visit by one of President Trump’s secretaries of state.

While the visit did not break new ground, Pompeo stuck to his talking points and effectively conveyed key U.S. messages about trade and investment, security partnerships, and democracy and governance. He did not escape hard questions about unpopular administration policies, including a recent travel ban affecting four African countries and a looming decision on downsizing U.S. troop presence in West Africa, but his adroit responses staved off new controversies. His remarks on China were comparatively mild, forgoing some of his more hawkish rhetoric about Beijing’s malign influence. The most pressing question now is whether U.S. officials are prepared to build on the secretary’s engagement.

Q1: Why Senegal, Angola, and Ethiopia?

A1: Pompeo’s destinations were a mix of safe picks and big bets. Senegal is a democracy with a vibrant economy and effective military, which serves as part of the United Nation’s quick reaction force in neighboring Mali. It is a favorite stop among U.S. officials, visited by five of Pompeo’s predecessors and three U.S. presidents. Only Kenya, Nigeria, and South Africa have attracted more attention. During Pompeo’s visit, he and Senegalese president Macky Sall discussed issues of security cooperation, including bilateral joint engagements. He also announced five projects that would involve U.S. companies, including a new 100-mile highway.

Pompeo’s choices of Angola and Ethiopia were bolder. Angolan president João Lourenco came into office in 2017, defying expectations by breaking with his predecessor and launching corruption investigations against the former president and his family. In January, Lourenco went after Isabel dos Santos, the former president’s daughter, who styled herself as Africa’s richest woman. Pompeo smartly used his Angola stop to rail against corruption, proclaiming the “reform agenda that the president put in place has to stick.” The U.S.-Angolan relationship has been on the upswing since Lourenco’s inauguration, an opening that Pompeo’s visit promises to cement.

Finally, in Ethiopia, Pompeo endorsed Prime Minister Abiy Ahmed’s reforms during an unprecedented transition in the region’s second-most populous country. Abiy, who recently accepted the Nobel Peace Prize, has pursued rapprochement with neighboring Eritrea and pledged to hold free and fair elections in August 2020. The country, however, is beset by significant challenges, including rising ethnic tensions and recurrent security threats. Pompeo committed to providing “substantial financial support” for the prime minister’s reforms.

Q2. How did Pompeo manage concerns about the travel ban and potential U.S. troop drawdown?

A2: Pompeo adopted a “nothing to see here” position on two of the most controversial U.S. policy developments toward Africa, namely imposing a travel ban on Nigeria, Eritrea, Sudan, and Tanzania, and a pending decision by the Pentagon to draw down U.S. troops in the region. Pompeo’s responses to these concerns—technocratic and reassuring—preempted further backlash. He argued that there is “nothing that conflicts” between U.S. migration policies and strengthening U.S. partnerships in Africa. Pompeo explained to his counterparts that the administration wants to “make sure we have our force levels right” to deliver an outcome that works for the United States and African governments. While the secretary’s responses were unfulfilling, they were enough to help his hosts focus on more positive elements of the bilateral relationship.

Q3. What does Pompeo’s trip say about the administration’s approach to China in Africa?

A3: Pompeo tempered his rhetoric about China, following a hardline speech a few days earlier in Munich where he warned European officials to “wake up” to the Chinese threat. In Angola, Pompeo asserted that U.S. businesses deliver high-quality projects without political conditions, unlike Chinese firms. He also implied that Chinese companies do not hire Africans, even though a recent study found that close to 75 percent of laborers on Chinese projects in Angola are local. In Ethiopia, Pompeo warned Africans to “be wary of authoritarian regimes and their empty promises. They breed corruption, dependency, and instability, not prosperity, sovereignty, and progress.”

The secretary’s remarks reflect a recent nuance in the Trump administration’s statements about Chinese engagement in Africa—though it is too soon to say if it is a permanent shift. Instead of slamming Beijing directly, U.S. officials have started to use a shorthand for China and Chinese activities, such as “opaque business practices of foreign competitors,” when talking to an African audience or with African counterparts. Pompeo, for example, substituted “authoritarian regimes” for China in his speech at the United Nations Economic Commission for Africa in Addis Ababa. This new approach is in sharp contrast to former national security advisor John Bolton’s combative talk about Chinese “bribes, opaque agreements, and the strategic use of debt to hold states in Africa captive to Beijing’s wishes and demands”. While some of Pompeo’s statements about Beijing’s engagement were outdated and inaccurate, he was more circumspect about China than in his previous statements and those made by other administration officials when in front of non-African audiences.

A4: The secretary’s “no thrills” visit is unlikely to undo the damage of recent policy decisions unless it is followed by sustained engagement. Under President Trump, high-level interactions between senior U.S. leaders and African counterparts have been comparatively low. Pompeo and former secretary of state Tillerson have visited only seven countries in two trips. In President Obama and President Bush’s first terms, their secretaries of state traveled to 18 countries in four trips and 11 countries in five trips, respectively. President Trump has hosted only Nigerian president Muhammadu Buhari and Kenyan president Uhuru Kenyatta in the White House. All of Trump’s predecessors, starting with President Kennedy, have met with more African leaders in their first term than the current U.S. president.

While there is only one year left in President Trump’s first term, below are several opportunities to build on Pompeo’s trip. 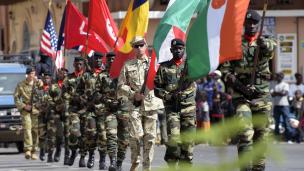 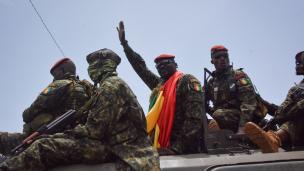 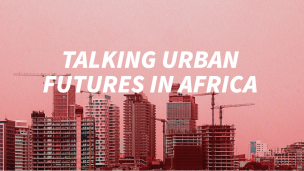