Two Years In, How Does the STAR Market Measure Up?

Although the STAR market has grown significantly over the past two years – from $113 billion to $976 billion in market cap – it is still puny compared to the Shanghai and Shenzhen exchanges, China’s corporate bond market, and credit generated through its banking system (see Figure 1). Nevertheless, the STAR market is a way for Beijing to signal its support for specific high-tech industries and a place for companies to raise a portion of their funds. 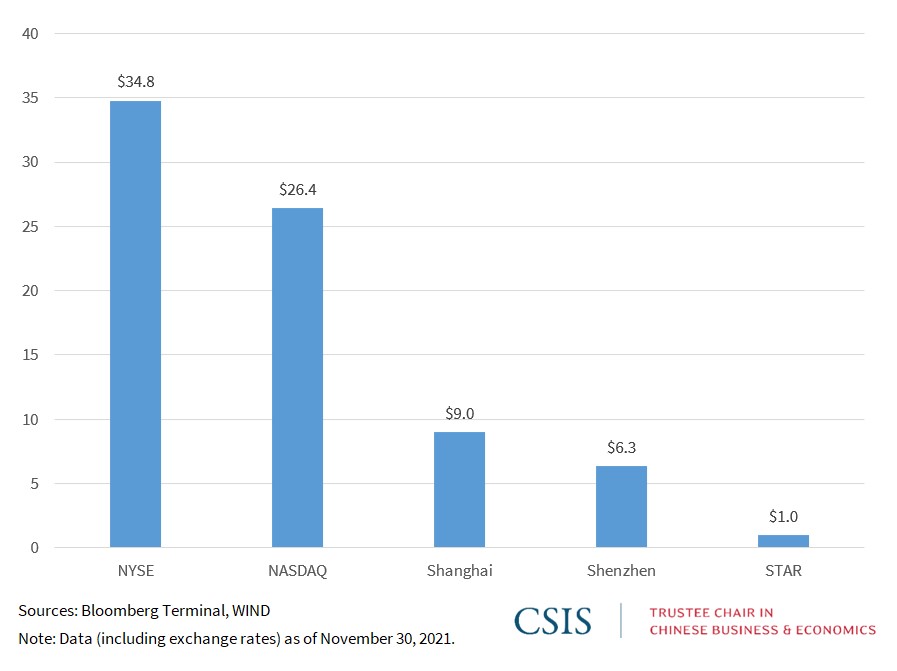 Private enterprises account for 80.1% of companies listed on the STAR market and 63.7% of the total STAR market cap (see Figures 2 and 3). By comparison, the percentages of private firms listed on the Shenzhen and Shanghai stock exchanges are somewhat lower, 67% and 53%, respectively. Thus, the STAR market features more private companies than China’s leading stock exchanges. This is most likely because its registration-based IPO system allows more technology-driven innovation companies with lower profit margins to go public. 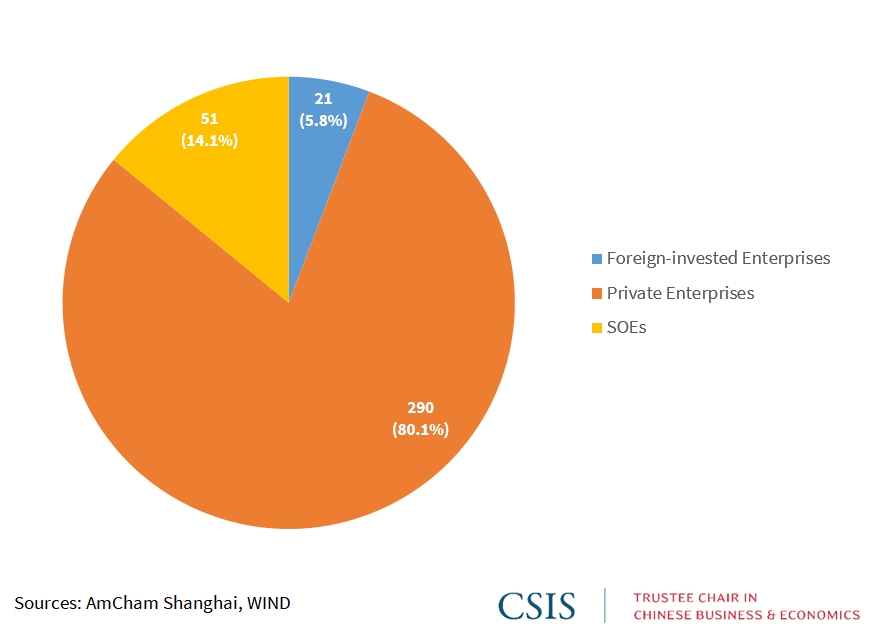 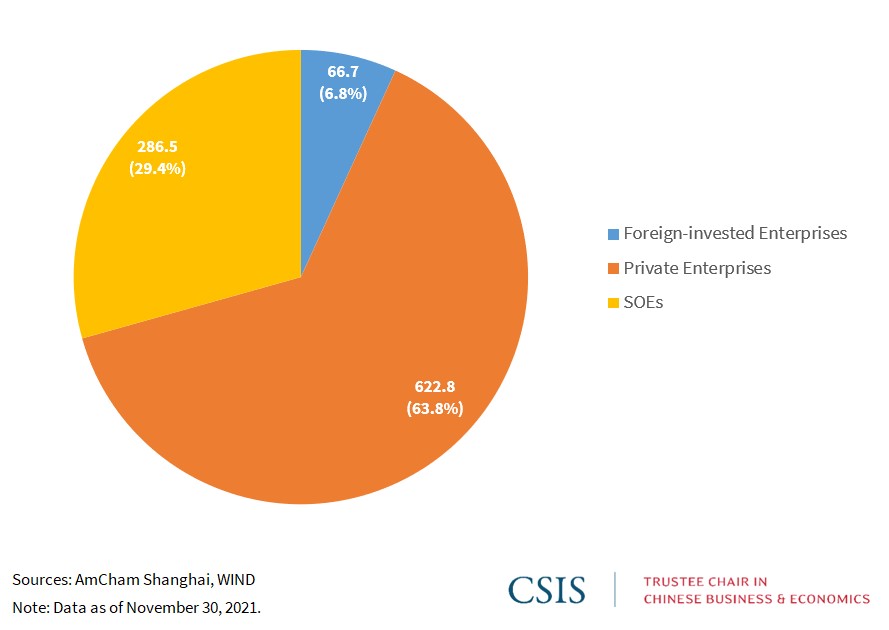 3. The STAR market has outperformed other markets in China.

The overall performance of the Shanghai and Shenzhen exchanges has been essentially flat for the last decade. By contrast, the average share price of companies listed on the STAR market grew 14.4% over the 12 months ending on November 30, 2021 (see Figure 4). Private companies’ share prices performed even better, increasing by 15.7%. When analyzed by sector, “Energy Conservation and NEV” companies did exceptionally well, as their share prices increased by 72.9%. 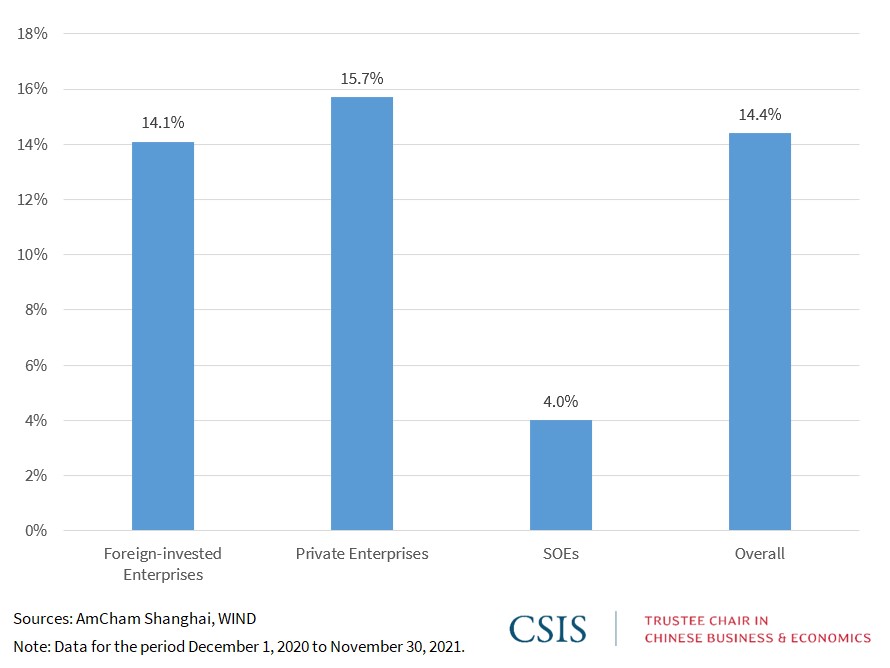 82% of the STAR-listed companies, 297 firms, are operating in industries targeted by the Made in China 2025 (MIC2025) initiative (see Figure 5). These companies add up to 88% of the STAR market’s total market cap. 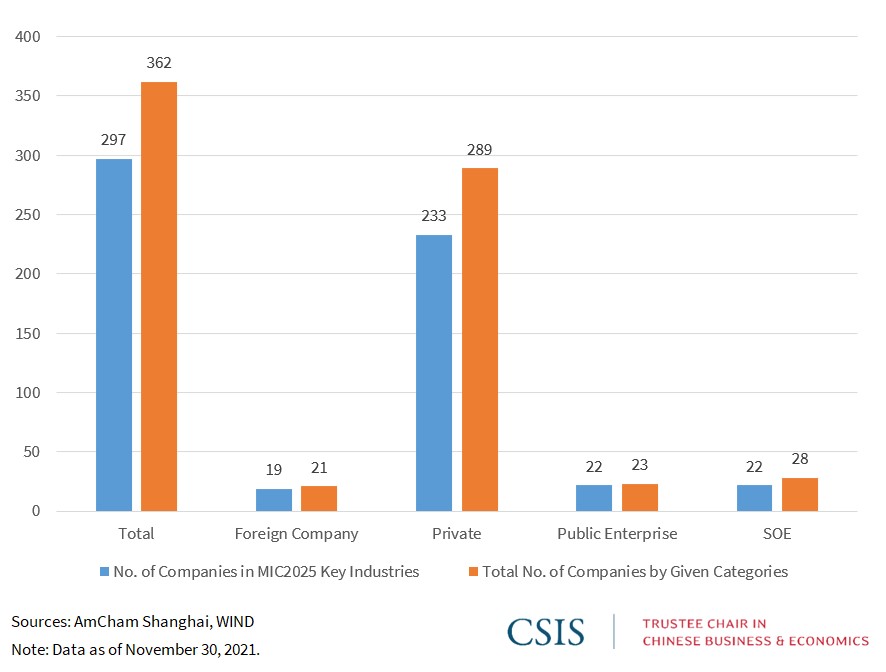 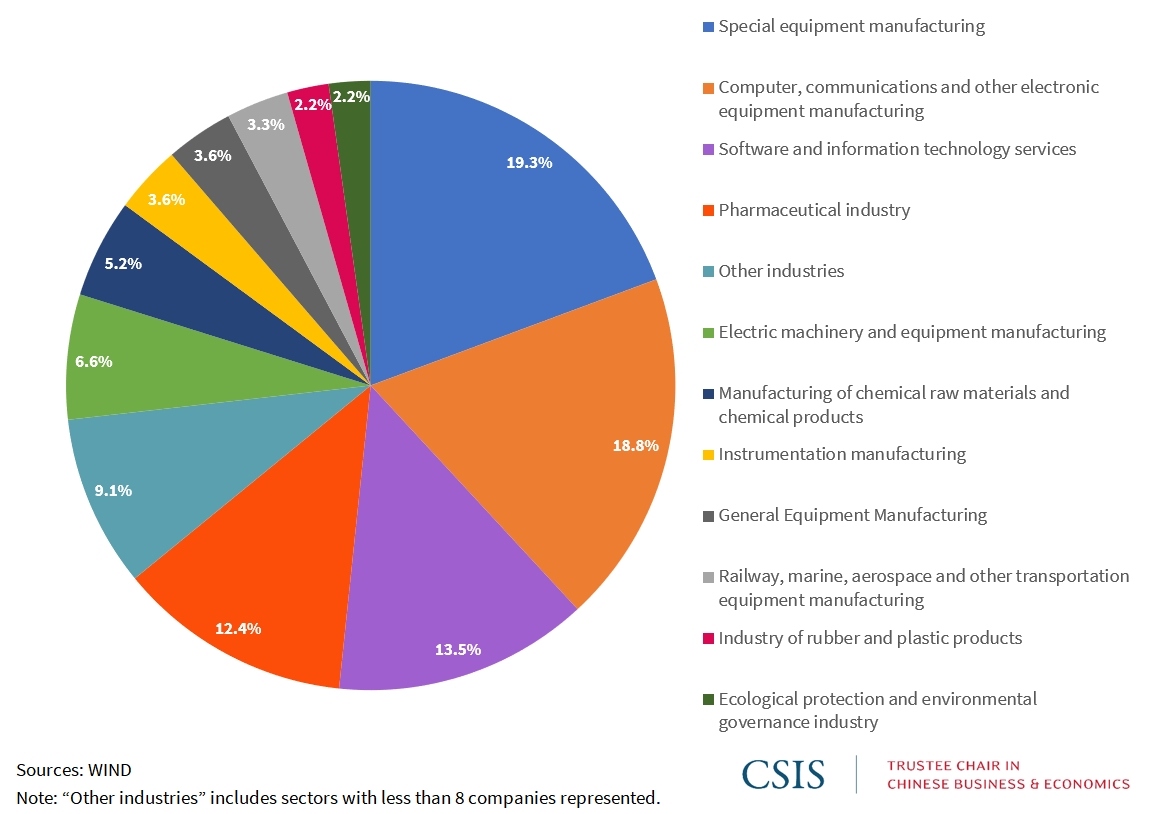 5. Most STAR-listed companies are not officially treated as a threat to US national security.

The majority of STAR-listed companies operate in MIC2025-related industries. However, although this may be a conscious choice of some policymakers, it also is a natural result of the fact that the STAR market exists to support S&T innovation. This is nothing new: 23 of the initial 25 companies listed on the STAR market were in sectors listed in MIC2025.