CSIS is pleased to host the Hon. Kevin Rudd, former Prime Minister of Australia, Senior Fellow at the Harvard Kennedy School, President of the Asia Society Policy Institute, and Distinguished Statesman at CSIS, for remarks and a discussion on alternative futures for the U.S.-China relationship.

This event coincides with the release of Mr. Rudd's major research project at the Harvard Kennedy School, “U.S. China 21: Constructive Realism, Common Purpose." The presentation will be followed by a luncheon. 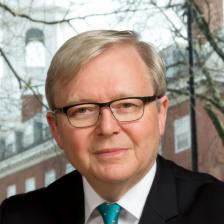 Economy Disrupted: The View from Oregon
May 13, 2021
Report