Rear Adm. Archer Macy enlisted in the U.S. Navy in 1972 and served as a quartermaster aboard USS Severn (AO-61). He was selected for the Naval Enlisted Scientific Education Program and graduated from the University of Washington in 1978 with a B.S. in aeronautics and astronautics. His graduate education includes an M.S. in aeronautical engineering from the Naval Postgraduate School and an M.A. (with distinction) in national security and strategic studies from the Naval War College. He has a proven subspecialty in weapon systems engineering, is a graduate of the Defense Systems Management College, and is a designated acquisition professional.

Macy has served at sea aboard USS Jesse L . Brown (FF 1089), USS Thomas C. Hart (FF 1092), USS LaSalle (AGF 3) and USS David R. Ray (DD 971). He commanded USS Comte De Grasse (DD 974) from July 1996 to June 1998. He has deployed to the Mediterranean, Indian Ocean, Persian Gulf, North and South Atlantic, Caribbean and Eastern and Western Pacific. Ashore, Macy has served in the Program Executive Office for Cruise Missiles and Unmanned Aerial Vehicles, on the staff of the chief of naval operations and in the Aegis Combat System and Navy Area Theater Ballistic Missile Defense Programs. He was the program manager for Surface Electronic Warfare Systems and Decoys, and served in the Program Executive Office for Integrated Warfare Systems. Macy was the commander, Naval Surface Warfare Center from July 2004 to October 2008. He also served as the Department of Defense (DOD) executive manager for explosive ordnance disposal technology and training, and as single manager for Counter-RCIED Electronic Warfare Technology, during this period. Additionally, he was assigned as deputy commander for warfare systems engineering, Naval Sea Systems Command from 2004 to 2006. Macy's last assignment on active duty was as the director of the Joint Integrated Air and Missile Defense Organization and as deputy director for Chairman's Controlled Activity (J8) of the Joint Staff. His personal awards include the Distinguished Service Medal, the Legion of Merit (two awards), the Meritorious Service Medal (four awards), the Navy Commendation Medal (three awards) and the Navy Achievement Medal. 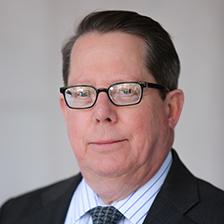 Most Recent From Archer Macy 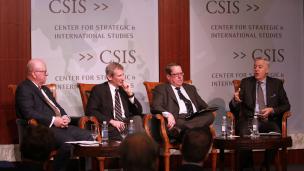 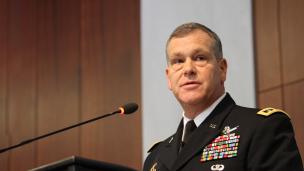