Senior Associate (Non-resident), Energy Security and Climate Change Program
Expertise: Asia, Energy Markets, Trends, and Outlooks, Energy and Sustainability, Middle East
Associated Programs: Energy Security and Climate Change Program
Fereidun Fesharaki is the founder and chairman of FGE, a leading energy consulting group. Since the 1980s, his work has been recognized worldwide for pioneering oil and gas market analysis and studies of the Asia-Pacific and Middle East energy markets. Dr. Fesharaki received his Ph.D. in economics from the University of Surrey in England and then completed a visiting fellowship at Harvard University’s Center for Middle Eastern Studies. He joined the East-West Center in 1979 and was a senior fellow leading energy-related research until 2013. In 1989, Dr. Fesharaki was elected a member of the Council on Foreign Relations in New York, and since 1991, he has been a member of the International Advisory Board of JX Holdings (and its predecessor companies), Japan’s largest oil company. Dr. Fesharaki was the 1993 president of the International Association for Energy Economics. In 1995, he was elected a senior fellow of the U.S. Association for Energy Economics, and in 2008, he was appointed to the National Petroleum Council by the U.S. secretary of energy and reappointed in April 2016. He was a member of the Advisory Board of VOPAK LNG from 2013 to 2015, and in 2014, he was appointed as honorary adviser to the China National Petroleum Corporation’s Research Institute of Economics and Technologies in Beijing. Dr. Fesharaki is the recipient of the 2016 Adelman-Frankel Award from the U.S. Association for Energy Economics for his unique and innovative contribution to the field. In March 2017, the Chicago Mercantile Exchange appointed him as a director of the Dubai Mercantile Exchange (DME). 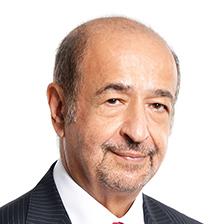 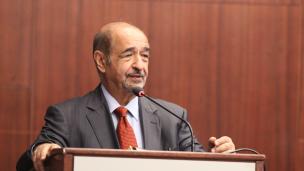 Outlook for Global Energy Markets after the Great Recession: With Perspectives on China and Iran
September 16, 2009
View all content by this expert