Kari A. Bingen is the director of the Aerospace Security Project and a senior fellow in the International Security Program at the Center for Strategic and International Studies (CSIS). She joined CSIS from HawkEye 360, an innovative space technology company creating a new class of radio frequency (RF) data and analytics, where she was the chief strategy officer. Prior to the private sector, Kari served as the deputy undersecretary of defense for intelligence and security, overseeing the defense intelligence and security enterprises, comprising more than 120,000 personnel and an annual budget of over $54 billion. Before that, Kari served as the policy director on the House Armed Services Committee and staff lead for its Strategic Forces Subcommittee, advising members of Congress on defense policy, program, and budget matters. Prior to entering government, Kari specialized in national security space issues, working with U.S. defense and intelligence community clients, first as a space systems analyst at SRA International’s Adroit C4ISR Center, and then as a senior space policy analyst at the Aerospace Corporation.

In addition to her work at CSIS, Kari is an adjunct assistant professor at Georgetown University. She is a member of the U.S. Strategic Command Strategic Advisory Group, was a commissioner on the CSIS Technology and Intelligence Task Force, and serves on a number of corporate and nonprofit advisory boards. She graduated from the Massachusetts Institute of Technology with a degree in aeronautics and astronautics and was a 2002 National Reconnaissance Office technology fellow. 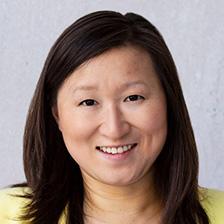