Kenneth Langone is the founder and CEO of Invemed Associates LLC, a New York Stock Exchange member firm. He received a B.A. from Bucknell University and an M.B.A. from New York University’s Stern School of Business, which he attended at night while working on Wall Street. The part-time night program was renamed the Langone Program, thanks to the generosity of Mr. Langone and his wife. He currently serves on the Board of Overseers of the Stern School and on the Board of Trustees of New York University, as well as serving as chairman of the Board of Trustees of New York University Medical Center. In April 2008, the medical center was renamed the NYU Langone Medical Center, reflecting a major gift from the Langones. He was a member of the Bucknell University Board of Trustees for 15 years, where he served as chairman of its Nominating Committee, its Endowment Committee, and as a member of its Executive Committee. He is a cofounder of the Home Depot and was lead director and member of the Executive Committee of its board from the time Home Depot was founded in 1978 until 2008 when he left the board. He also serves on the boards of Unifi, Inc. and Micell Technologies. Past corporate board memberships include ChoicePoint, Geeknet, General Electric, and YUM Brands. In addition, he serves on the boards of St. Patrick’s Cathedral, the Ronald McDonald House of NY, the Horatio Alger Society Foundation, and the Harlem Children’s Zone and its charter school, the Promise Academy. 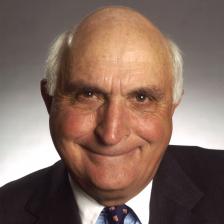