Assessment of the Trump-Kim Hanoi Summit

On February 27 and 28, U.S. president Donald Trump met with North Korean leader Kim Jong-un for a second bilateral summit in Hanoi, Vietnam. The summit was cut short abruptly in the middle of the second day, and a widely anticipated joint statement was not signed by the two leaders.

This Hanoi summit had been preceded by a historic, first-ever U.S.-North Korea summit in Singapore in June 2018. At their first meeting, Trump and Kim signed a joint statement that called for: transformed bilateral relations, building of an eventual peace regime, complete denuclearization of the Korean peninsula, and recovery of U.S. soldier remains from the North. In addition to the statement, President Trump also announced at that time that annually held U.S.-South Korean military exercises would be suspended for fall 2018. North Korea subsequently returned 55 sets of U.S. soldier remains as a deliverable after the summit.

Both sides failed, however, in the eight months following Singapore to make progress on the summit declaration due to disagreements over the definition of denuclearization and the sequencing of the steps that would be taken to fulfill the promises made in the joint statement. After a new date was set for the Hanoi summit in January, there were some hopes that these differences could be bridged in another high-level meeting between Trump and Kim. But the same issues ultimately appeared to play a role in the breakdown of the presidential-level talks in Hanoi.

It appears the two leaders fundamentally misjudged each other. Kim may have calculated that Trump, eager for a foreign policy victory, would reward him with maximal sanctions relief in exchange for a continued moratorium on nuclear and missile testing, limits on existing nuclear stockpiles and a possible Yongbyon shutdown. Trump, thinking Kim was brought to the negotiating table because of his maximum pressure policy and “fire and fury” rhetoric—rather than the North’s own advances in its nuclear and missile program—thought he could entice Kim with Vietnam-style economic development. Neither expectation was borne out in Hanoi.

Q1: Was this summit a failure?

A1 : Yes, likely on several different levels. With prior high expectations for a joint deal in Hanoi, the abrupt end to the summit could understandably be considered a waste of time, energy, and resources. It could also make it very difficult to move negotiations forward at the working level since the discussions on even basic principles have failed at the highest leadership level. Additionally, President Trump, facing more pressing domestic difficulties at home, could have his attention drawn away from North Korea, making it harder to make future progress.

But, then again, deciding against a deal at this time is better than accepting a bad deal. A bad deal is one that would have substantially weakened U.S. national security interests and our alliance relationships in the region. If, as Trump suggested, the North Koreans wanted full sanctions relief before giving more on the Yongbyon nuclear facility and other nuclear sites, then that would have been a bad deal. (The North Koreans have since responded with their own version of events.)

The question now is whether working-level negotiations can produce an agreement between the two sides on what denuclearization means in concrete terms. If there is greater institutionalization of working-level talks on denuclearization and the development of a peace track between the two countries, this could be an unintended positive outcome from the summit, despite the decision to walk away now. But, coming up with a timeline and roadmap to advance the Singapore summit declaration in the face of this decisionmaking impasse at the highest level will be a substantial challenge.

Q2: Are we safer as a result of the Hanoi summit?

A2: No, the threat from North Korea remains the same. While we are certainly in a much better place than in 2017—political and military tensions on the peninsula have been reduced while diplomatic engagement has continued between the United States and North Korea—we should expect that North Korea will continue to maintain and develop its nuclear weapons programs. CSIS Beyond Parallel reports show, in fact, that North Korea still maintains operational ballistic missile bases across the country and other nuclear weapons-related sites have been kept in good condition in a wait-and-see mode during negotiations.

Until the United States succeeds in getting International Atomic Energy Agency (IAEA) inspectors into North Korea to oversee the suspension of nuclear operations, the sealing of buildings, and the installation of monitoring cameras, the threats posed by North Korean weapons of mass destruction programs will continue to exist. The negotiations process has taken us further off the crisis path but has not yet necessarily made us safer.

One area that could potentially also make us less safe is the erosion of deterrence and readiness of U.S. and South Korean military forces if the suspension of military exercises continues beyond this spring. This is an important question that will need to be addressed after Hanoi. The South Koreans and Chinese may object to the resumption of military exercises because they may see that as raising tensions at a sensitive time. (The North Koreans, of course, argue that the exercises are a rehearsal for a U.S. invasion of their territory.)

We should not allow alliance equities (such as the U.S.-South Korean military exercises) to be held hostage by the negotiations. And we should not accept a de facto freeze-for-freeze situation, where North Korea freezes its nuclear and ballistic missile testing in exchange for our suspension of legitimate and necessary military exercises. To do so would set a dangerous precedent that would put us in a more untenable negotiating position later. This could also result in a diminished U.S. security posture in Asia and potential problems with alliance relationships in the future.

A3: It’s not clear. Unfortunately, the failure of negotiations at the top does not leave much room for diplomatic maneuvering going forward. The South Koreans will be anxious to pick up the pieces after this summit and play a moderator role in resuming productive negotiations. South Korean president Moon Jae-in could try another summit between the two Koreas to attempt to bridge differences between all involved parties. In South Korea, President Moon will be in a very difficult spot politically if this entire process breaks down, so he will be anxious to find ways to break the impasse.

The North Koreans will huddle with the Chinese and Russians to try to make sense of what happened at Hanoi, and they may regroup to come up with another negotiating strategy. The most important thing to watch will be how the summit is portrayed in North Korean state media and whether or not the North Koreans will blame the United States for the failure in diplomacy and return to brinkmanship tactics. From the U.S. perspective, we will need to decide how to respond to a continuing stalemate. This summer, for example, the United States will need to decide whether to allow a major military exercise with South Korea to go forward. If the military exercises get the green light, Kim could decide to respond in some fashion, such as a missile test. In this case, China would not respond harshly because Kim’s provocation would be seen as a response to U.S. action.

North Korea is the land of lousy options. So far President Trump has been no more successful than his predecessors in solving this strategic riddle—but at least we are in a better position now than in 2017 when talk of preemptive war was in the air.

It looks like North Korea's Kim Jong Un may have lost some weight – and the world cares
Business Insider | Ryan Pickrell
June 8, 2021
On Demand Event 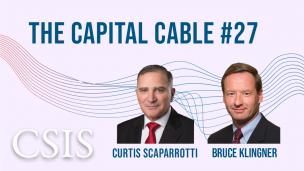 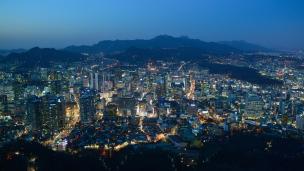 North Korea has more nuclear weapons than ever. What should Biden do?
NBC News | Ken Dilanian, Carol E. Lee, Dan De Luce
April 17, 2021
View all content by this expert