China Gears Up to Launch Its Third Aircraft Carrier

After a long lull at the usually busy Jiangnan Shipyard, China is one step closer to launching its largest and most advanced aircraft carrier—the Type 003. Satellite imagery from May 31 shows that the dry dock where the much-anticipated warship is currently positioned has been cleared of other shipbuilding projects, leaving an open path for the flattop carrier to enter the Yangtze River. The move comes after a stretch of limited activity at Jiangnan, which reports suggest were likely due to strict lockdown measures amid a Covid-19 outbreak in nearby Shanghai. 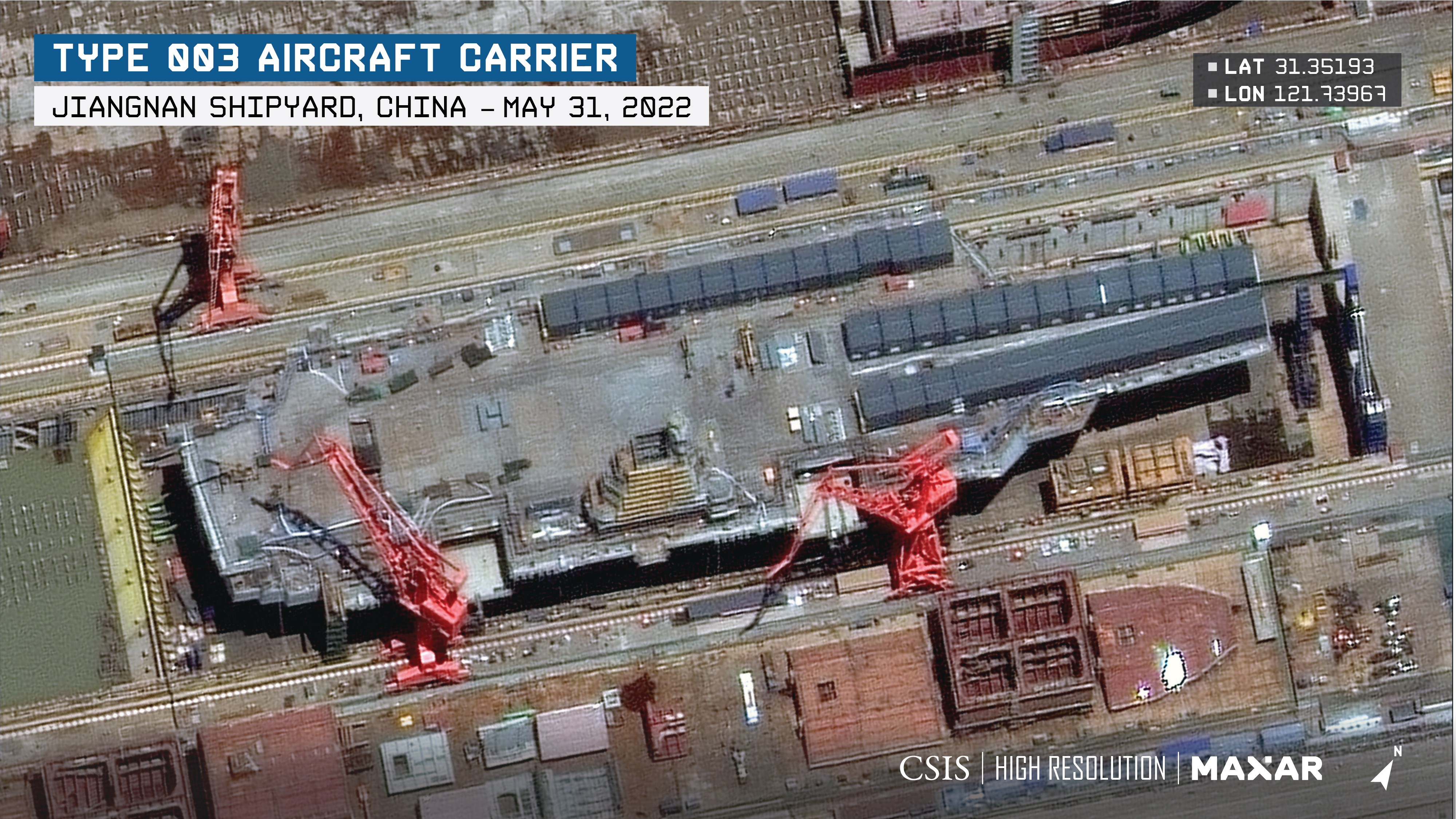 Hints that work was gearing up at Jiangnan emerged last Friday when China’s Maritime Safety Administration issued a notice outlining a move order for a second, much smaller vessel at the shipyard. The vessel is present in earlier imagery from May 21 and can be seen situated between the carrier and the gates of the dry dock. The latest imagery from May 31 shows the vessel is now gone and that water partially fills that portion of the dry dock.

Satellite imagery from May 31 also offers clues into the remaining pre-launch steps that will have to occur before the entire dry dock is flooded and the carrier slips into the water. The staircases that workers use to access the carrier—as well as the support structures and other equipment that skirt the ship—will need to be removed. The caisson, which segments the dry dock and allows work to proceed simultaneously on multiple vessels, will also be opened to allow water to fill the entire dry dock.

China often pairs military milestones with existing holidays and anniversaries. The Type 003 could launch as soon as June 3, which coincides with the Dragon Boat Festival, a national holiday with ancient Chinese origins, as well as the 157th anniversary of the founding of Jiangnan Shipyard.

Although it will be years before the Type 003 enters military service and achieves initial operating capability, its launch will be a seminal moment in China’s ongoing modernization efforts and a symbol of the country’s growing military might.