The Trends in Islamic Extremism: Factors Affecting the Future Threat


It is far from clear that Al Qaida or ISIS can ever be fully defeated. The ISIS “caliphate” may be largely broken up, but substantial elements of both movements remain. New movements may emerge, and other movements may grow, and the demographic trends of Muslim-majority countries are a powerful warning that extremism may be a threat for decades to come.

The Focus of the Briefing

This briefing focuses on several key trends in Islamic extremism and terrorism. In the process, it addresses an extraordinarily complex and uncertain mix of variables – ones where there is little agreement among experts on the relative nature and importance of any given factor, much less how they interact, and the relative importance of any given one on the overall mix of forces that are shaping the future of the trends in violent Islamic extremism.

There are, however, enough data to provide considerable insight into the developments in many of these variables. These data warn that Islamic extremism is driven by forces that may vary from country-to-country and movement-to-movement but are shaping the politics and stability of many countries in the Islamic world and that will inevitably impact Muslims outside of it.

They warn that Islamic extremism is likely to be a serious challenge for at least the next decade, and its underlying causes are so strong and serious that they can only be addressed by policies that mix efforts to remove the underlying causes illustrated in this analysis, or by efforts to contain the threat to key high-risk countries.

This does not mean, however, that working with strategic partners in largely Islamic countries will not help them maintain stability and limit the threat of extremism violence to acceptably low levels in many cases. Islamic extremism and terrorism poses a serious transnational threat, but it is only serious in states that fail to meet the critical needs of a major part of their population. The threat can be addressed on a country-by-country basis, and in many cases limited U.S. support and resources can make a critical difference.

It also does not mean that the U.S. and many countries that have Muslim minorities cannot largely eliminate the threat by adopting policies that recognize that the vast majority of Muslim are not extremists and do not pose a threat, and that offering Muslim citizens and immigrant the dignity, opportunity, and equality that all men and women deserve will not keep domestic terrorism to minimal levels. In such cases, human rights and respect may often be the best form of counterterrorism.

The methodology used in this briefing addresses issues and trends raised in a number of previous Burke Chair studies. These include:

It updates key data in these previous studies, adds new analyses, and concentrates on two key sets of variables. The first set includes some key variables that make Islam and Islamic extremism different from other forms of extremist violence. The second set deals with the secular factors that turn many largely Islamic countries into “failed states” and their importance in creating extremist minorities.

It is important to stress that this brief is not a full-scale analysis. It deliberately highlights a limited set of variables without making any judgments about the full range of such variable that need to be considered or how each variable should be weighted in importance relative to the others.

The brief provides a summary narrative to introduce each section, and relies on tables and figures to support key points. The Table of Contents are shown below: 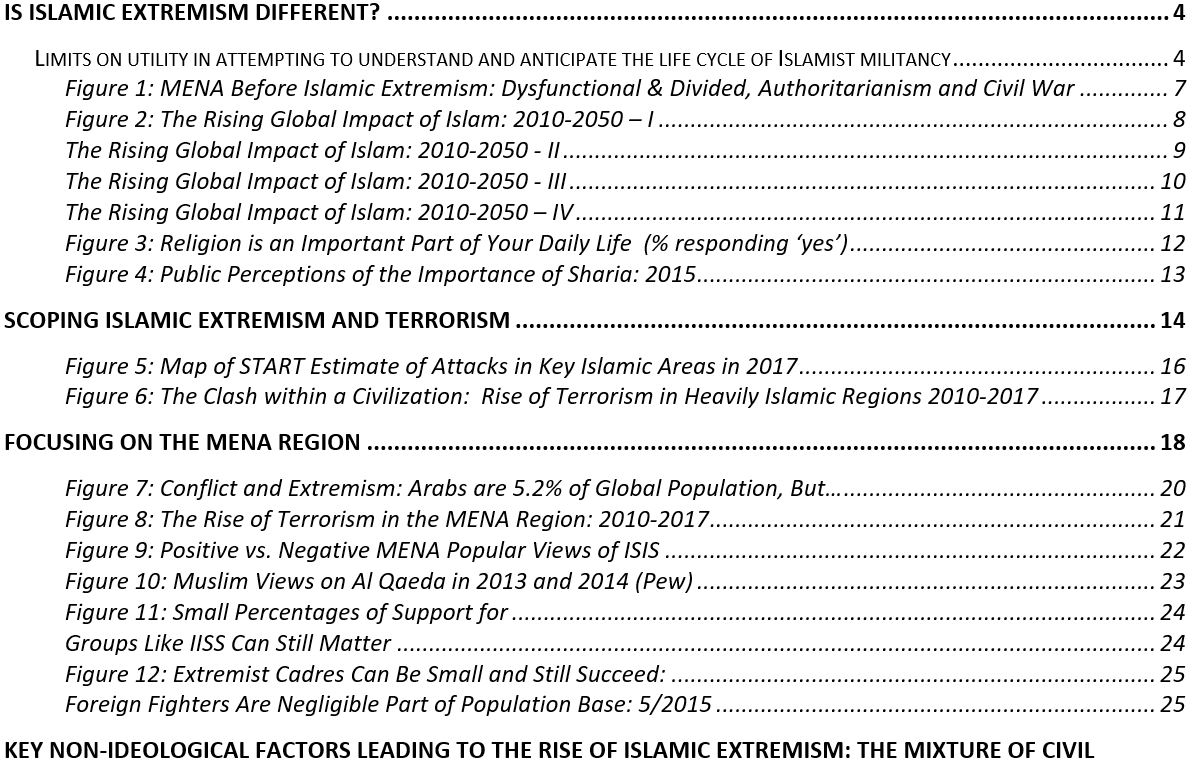 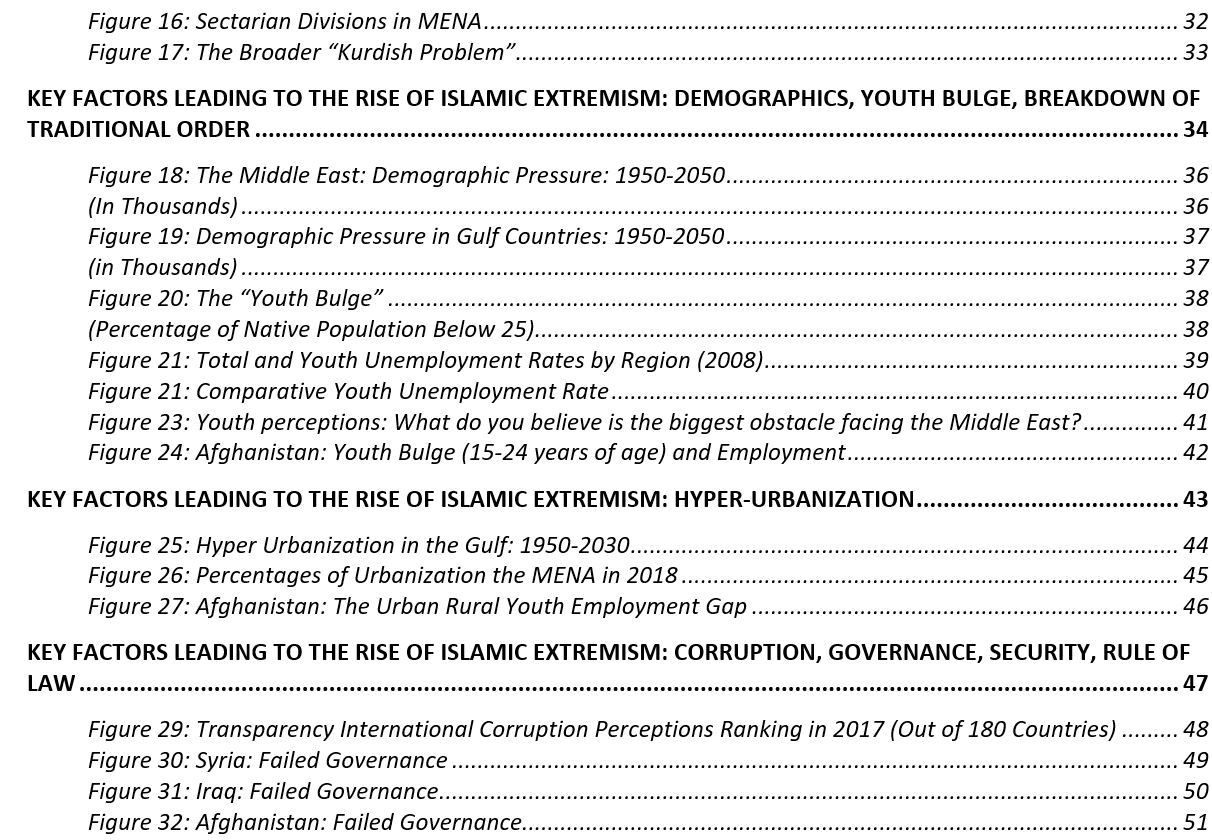 Downloads
The Trends in Islamic Extremism: Factors Affecting the Future Threat
Written By