On July 21, a parliamentary election in Ukraine took place in which President Volodymyr Zelensky’s “Servant of the People” (Sluha narodu or SN in Ukrainian) party won over 40 percent of the vote. The central plank in SN’s campaign was a vow to clean up corruption. In calling for early parliamentary elections, Zelensky argued that he needed a parliament that shared this commitment to reform. Given the scale of SN’s victory, it seems many Ukrainians agreed. With SN’s triumph this weekend, Zelensky now has a clear mandate, although he may be plagued by heightened expectations, political neophytes in his party, and a complicated conflict in Donbas.

Q1: How did Sunday’s parliamentary elections in Ukraine go? Were there any surprises?

A1: According to Ukraine’s Central Election Commission, President Zelensky’s SN party received around 43 percent of the vote, with the generally pro-Russian Opposition Platform-For Life trailing behind at 13 percent, followed by former president Petro Poroshenko’s European Solidarity party at around 8.2 percent, Yuliya Tymoshenko’s Batkivshchyna (Fatherland) at 8.1 percent, and rock star Svyatoslav Vakarchuk’s Holos at 5.8 percent. These figures are all close to what pre-election polls suggested.

Zelensky called for early elections in May hoping they would clear out supporters of former president Petro Poroshenko and give him a strong parliamentary mandate. Based on Sunday’s results, Zelensky’s decision to call early elections seems vindicated. Thanks to Ukraine’s mixed system of proportional representation and single-member districts, this outcome means that SN will have just over half the seats in the new Rada (or parliament) and will be the first party in Ukraine’s post-Soviet history to secure an absolute majority of seats.

Coupled with his own overwhelming victory in April’s presidential runoff, the results give Zelensky a strong mandate for his promises to clean up Ukraine’s corrupt, oligarch-dominated political system and to seek a resolution of the conflict with Russia over the eastern Donbas region. Nevertheless, since SN will only have a narrow majority of seats (current forecasts suggest SN will have 227 out of 450 seats), Zelensky may seek to form a coalition with another group. Speaking after the polls closed, Zelensky said he was inviting Vakarchuk’s Holos to hold talks on forming a coalition. Furthermore, Zelensky mentioned that he did not envision partnering “with anyone from the old leadership,” thus, disqualifying former president Poroshenko’s as well as former prime minister Yuliya Tymoshenko’s parties from the coalition.

Q2: How should we interpret the outcome?

A2: Zelensky and his party ran on an anti-incumbent, pro-reform platform. They criticized the outgoing Poroshenko government for not doing enough to tackle corruption or the domination of oligarchic interests in Ukrainian politics. Part of Zelensky’s appeal lay in his lack of political experience. Before running for president, he starred in a television series called “Servant of the People,” from which he took the name of his party. His character was a reformist president who fought corruption and stood up for ordinary people.

In voting for Zelensky and for SN, Ukrainians were clearly venting their frustration at the Poroshenko government’s failure to live up to the ideals driving the 2014-15 Euro-Maidan protests and “Revolution of Dignity.” Even though Poroshenko portrayed himself as a reformer and took some steps against the oligarchic networks that have long plagued Ukrainian politics, the scale of the change was never commensurate with the expectations unleashed by the “Revolution of Dignity” that had swept him to power. Even some of Poroshenko’s positive steps backfired politically. Forcing officials to publicly declare their assets gave ordinary people an insight into just how much money the public sector had stolen. Ordinary Ukrainians perceived little change in the amount of corruption they experienced under Poroshenko, and many cited it as the biggest problem they faced—greater than the war with Russia.

With SN’s victory this weekend, Zelensky now has the mandate to carry out the anti-corruption and reform platform he campaigned on. However, he also faces heightened and possibly unrealistic expectations. SN has many political neophytes who, like Zelensky himself, may struggle to get a handle on Ukraine’s corrupt and unwieldy politics. Some of Zelensky’s early proposals, such as banning officials who served under the pre-Maidan regime from politics, seem poorly conceived. The role of oligarch Ihor Kolomoisky, whose television station hosted Zelensky’s show, and who returned from self-imposed exile in Israel just before Zelensky’s inauguration, also remains a question mark. While Kolomoisky has pledged to stay out of politics, Western observers worry Zelensky could preside over Ukraine’s “selective re-oligarchization.” Efforts by anti-corruption agencies to go after businesses close to Poroshenko exacerbate these concerns, especially now that Zelensky can count on support from the Rada.

Q3: What do the results mean for the conflict in Donbas and Ukraine’s relationship with the West?

A3: Zelensky and SN are generally friendly to the West, as is Holos. SN’s platform calls for bringing the military up to the North Atlantic Treaty Organization’s (NATO) standards while expanding cooperation with the European Union and NATO. Zelensky himself has called eventual membership in NATO as part of Ukraine’s “strategic course.” Russia rejects Ukraine’s aspiration to join NATO and, as it showed with its annexation of Crimea and intervention in Donbas, is willing to use military force to block steps in that direction. Since Zelensky does not seem likely to push the issue of NATO membership to the extent that Poroshenko did, he may be able to buy some breathing room for negotiations with Moscow, especially with a parliament that will not seek to undermine him. The electoral success of Zelensky and SN suggests a new national consensus emphasizing a strategic commitment to Westernization and Euro-Atlantic integration, but with pragmatism and gradualism in pursuing it.

For much of its post-Cold War history, Ukraine has been divided between an ardently pro-EU west and an east and south more inclined toward Russia. One encouraging sign from recent elections is that the significance of that geographic divide seems to be fading. SN polled well in Russian-speaking eastern and southern Ukraine, as did Zelensky himself in the presidential election. Support for pro-Russian parties who used to dominate in the east has dissipated since the conflict in Donbas began.

In this week’s elections, the pro-Russia Opposition Platform-For Life party did finish in second place, albeit well behind SN. The Opposition Platform is unlikely to have much influence in the new parliament. It appears that the voters have also rejected the hardliners and the nationalist populists, with the latter swept aside before the elections even began.

While SN supports the return of the occupied territories in Donetsk and Luhansk oblasts (or provinces), the conflict in the east played a smaller role in its pre-election campaign than did the issue of corruption. SN’s platform calls for the restoration of Ukraine’s territorial integrity (along with “a system of information for the reintegration of inhabitants of the occupied territories”). Zelensky has already sought to moderate tensions over the issue of language, which has been a source of great sensitivity among Russian-speaking Ukrainians who felt marginalized by Poroshenko’s push to increase the use of Ukrainian in public life. During a visit to Brussels in June, Zelensky indicated that he is open to peace talks with Moscow, suggesting he will take a more flexible line on the conflict than Poroshenko did.

Still, the obstacles to a peace agreement are significant. Ukraine continues to accuse Russia of violating the Minsk ceasefire agreement, and Russia’s annexation of Crimea continues to lurk in the background even if Kyiv and Moscow make some progress toward implementing the Minsk agreement. Russia will also have many levers—including gas transit, trade restrictions, and military provocations—to pressure Zelensky should negotiations fail. 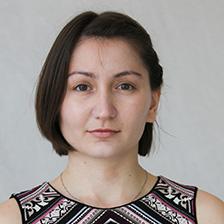 Most Recent From Roksana Gabidullina 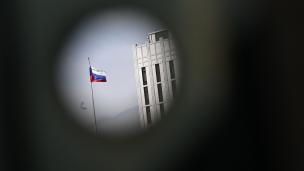 The Future of U.S.-Russian Arms Control: Principles of Engagement and New Approaches
By Roksana Gabidullina
March 12, 2021
View all content by this expert