The Human Rights Initiative (HRI) at the Center for Strategic and International Studies (CSIS) created an international consortium (iCon) of scholars and experts from around the world to conduct research and develop concrete recommendations on how best to address and push back on closing space around civil society. The ultimate goal of iCon is to develop evidence-based solutions that enhance the resilience and sustainability of civil society and broaden constituencies for human rights. The consortium works with a wide variety of stakeholders from civil society, government, and the donor community to implement remedies.

iCon blogs take a deeper look and provide analysis of issues related to closing civic space. The blogs, developed by iCon members, aim to keep the discussions on closing civic space ongoing and shed light on recent attempts to curtail the work of civil society actors. The iCon blog is a useful platform for constructive debates on the centrality of a vibrant civil society.
Photo credit: ALFREDO ESTRELLA/AFP/Getty Images

All blog posts by The International Consortium on Closing Civic Space

Invest in Citizens: The best way to push back against closing civic space in Europe and Eurasia

Fostering a culture that respects civil society and building an institutional framework for citizens and government to interact can take years. 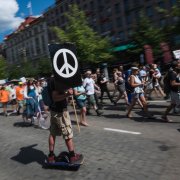 Moving Beyond Words: A Meaningful Partnership for the Realization of the 2030 Sustainable Development Agenda

As it currently stands, they are unable to meaningfully participate in the HLPF and other platforms, which only stunts the growth of civil society and stalls the achievement of the 2030 agenda. 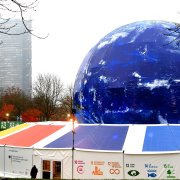 Around the world, there is an outbreak of vague, repressive, and overreaching legislation that represents a serious threat to civil society’s operations and influence.

What Can Be Done to Incentivize the Private Sector to Respect and Protect Civic Freedoms?

In late April 2018, 68 institutional investor groups that participate in the Investor Alliance for Human Rights called on companies to make commitments to protect human rights defenders, and, specifically, to take immediate action to help protect defenders currently at risk in the Philippines.

Africa is experiencing a sustained period of economic growth, cemented by democratic values and practices that are quickly becoming assimilated within governing and civic institutions.

Supporting the LGBTI Agenda: Why It Matters for Civil Society

After the significant strides forward made by civil society in the 1980s and 1990s, the world faces insidious threats to civic space, and has seen a significant erosion of civil and political freedoms. Governments across the globe have used various tools and strategies to clamp down on civil society and curtail their space of work. These tactics range from restricting the resilience and sustainability of civil society actors to conflating human rights activism with threats to legitimacy. 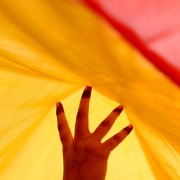 The challenges facing Africa as it responds to the aspirations of its people and communities cannot be solved without rejuvenated civil society–government partnerships. 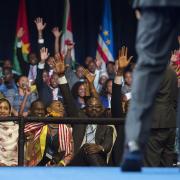 The growing and worrying phenomenon of shrinking civic space in Africa hampers citizens from freely exercising their fundamental human rights. According to the International Center for Not-for-Profit Law’s 2016 quarterly review of non-governmental organization (NGO) legal trends around the world, the number of restrictive laws that have been proposed or enacted by governments on the continent have risen significantly. These laws—which include legislation on associations and counterterrorism—seek to hinder the rights to the freedom of expression, association, and peaceful assembly by restricting civil society’s registration, operation, and financial resources. 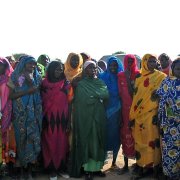 Germany Sets a Poor Example: The Case of ATTAC in Light of Globally Closing Civic Spaces

A non-governmental organization (NGO) that is critical of the government’s actions in the country at hand receives a letter from the local tax office, indicating that its public-benefit status has been revoked on the grounds of its involvement in political activities. The decision involves 90 percent of the organization’s revenues, which, as a result, threatens its very existence. After a court has reviewed and closed the case in favor of the NGO, the central government intervenes, insisting that the judgment should be reviewed. For the time being, the organization’s public-benefit status has been revoked. 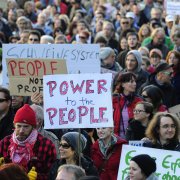 Enabling Citizens to Expand the Frontiers of Human Rights in Africa

The mantra “civic space” is continuing to garner immense popularity on the African continent, especially within human rights communities, as the fundamental rights of citizens are seriously under threat. Citizens’ groups are fighting back to recover and expand civic and political space as they face unparalleled attacks. In Africa, civic space is characterized as a set of universal rules of engagement in an open society that allows citizens to peacefully organize, mobilize, participate, and interact with each other with the objective of influencing and shaping good governance. 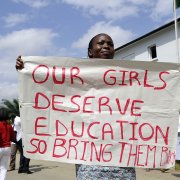