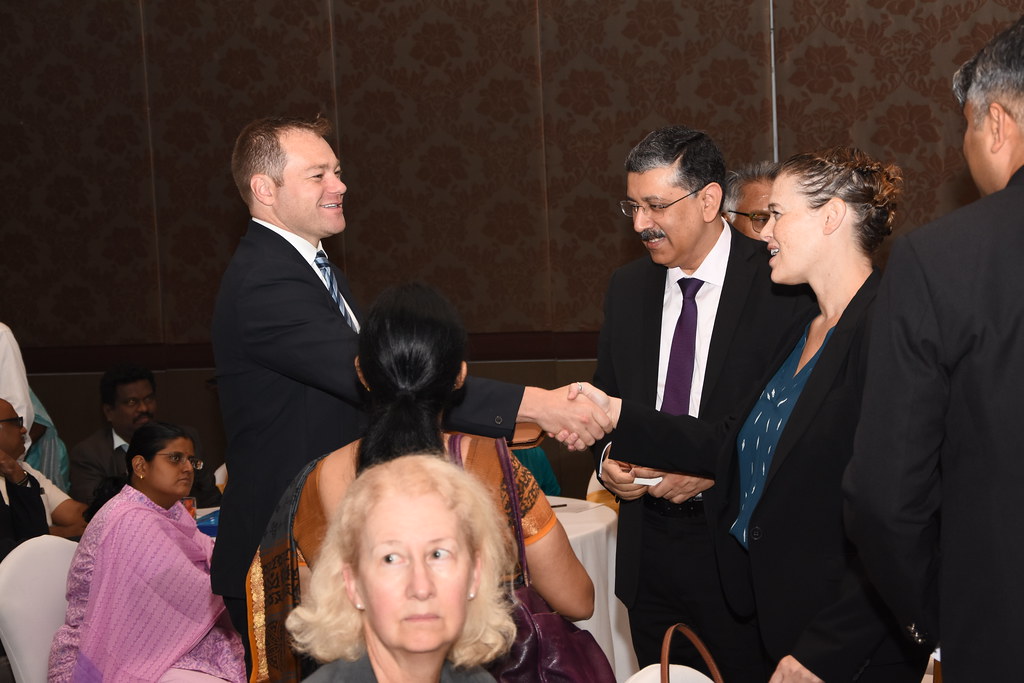 CSIS has been liaising with state power officials from the south Indian state of Tamil Nadu since February 2017 in an effort to uncover the state’s energy priorities. Tamil Nadu officials were participants in the first ever, U.S. – India Subnational Energy Workshop hosted in Delhi in November 2017 as part of CSIS' State and Urban Initiative.  In early February 2017, CSIS also began to liaise with Massachusetts-based energy sector stakeholders to map out the innovative institutions and incentive programs in the state.  With the consent of both state governments CSIS began to make the introductions and arrange site visits for Mr. Vikram Kapur, Additional Chief Secretary, Government of Tamil Nadu with key energy stakeholders across Massachusetts.  Thanks to a successful visit in August 2019, the groundwork was laid to organize a reverse delegation of key energy stakeholders from Massachusetts to travel to Tamil Nadu in late October.

CSIS worked closely with the Executive Office of Energy & Environmental Affairs in the state of Massachusetts to coordinate the visit of a nine-member delegation to Tamil Nadu to have a dialogue with their counterparts and engage in site visits. Being a pioneer in off-shore wind energy development in the U.S., a topic of interest to the established wind industry in India, Mr. Patrick Woodcock, Undersecretary of Energy & Environmental Affairs spoke about the state’s experience in setting up its project at summit organized by the Indian Wind Power Association in Chennai on October 21st.  This was a unique opportunity for Indian and global wind stakeholders to engage with the Massachusetts officials.  On the 22nd of October, the Massachusetts delegation participated in a roundtable discussion hosted by India’s National Institute of Wind Energy (NIWE).  Dr. Balaraman, Director General, NIWE led the discussion focusing on India’s power sector and renewable energy ambitions, focusing on opportunities to collaborate in the wind sector including with the various programs and new institutions being designed at NIWE.  The Massacusetts Clean Energy Center’s blade testing facility in Boston along with the University of Massachusetts Amherst’s wind technology education and training programs emerged as possible partners to link with NIWE.

The main energy dialogue between Tamil Nadu and Massachusetts was organized on October 23rd (see agenda below). This dialogue has laid the groundwork for a reverse delegation of energy stakeholders from Tamil Nadu to visit Massachusetts soon and begin to collaborate on shared energy priorities.  A draft strategic energy partnership agreement has been circulated between the two state governments in an effort to formalize their energy partnership.  Even without the formalizing of the agreement, many useful public and private sector connections have been made between the two regions that will move forward, building on ties that were first created between the two regions in 1842 when a shipment of ice made its way from Boston to Madras (now Chennai).

Additional site visits and discussions participated in by the Massachusetts delegation included a visit to Auroville and the Indian Institute of Technology’s Research Park where a few labs are focused on energy storage and DC microgrid solutions.

9:45 am  Arrival of Delegation

12:15 pm Presentation on climate resilience and carbon neutrality work in Boston city
Carl Spector, Commissioner of the Environment for the City of Boston