Mark Feierstein is a non-resident senior adviser with the Americas Program at the Center for Strategic and International Studies. Most recently, he served as principal advisor to the administrator at the U.S. Agency for International Development (USAID), where he fulfilled the role of acting deputy administrator, managing a range of USAID’s policy priorities and leading its engagement with other foreign policy agencies. During the Obama administration, Mr. Feierstein served as assistant administrator for Latin America and the Caribbean at USAID and then as special assistant to the president and senior director for Western Hemisphere affairs on the National Security Council. During the Clinton administration, he served at the State Department as special assistant to the U.S. ambassador to the Organization of American States and as director of USAID's global elections office. Mr. Feierstein is a senior advisor at the commercial diplomacy firm Albright Stonebridge Group and the polling firm GBAO, where he oversees the company's international public opinion research. He is also a consultant for Major League Baseball. He was previously director for Latin America and the Caribbean at the National Democratic Institute and has worked as a journalist in the United States and Mexico. He earned a bachelor's degree in international relations from Tufts University and a Master of Arts in International Affairs from the Fletcher School of Law and Diplomacy. He is fluent in Spanish. 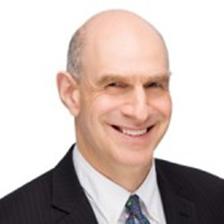 Most Recent From Mark Feierstein 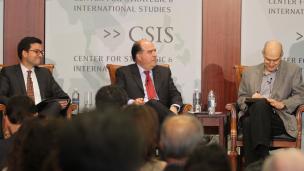 Venezuela’s Presidential Elections and the Response of the International Community
May 25, 2018
On Demand Event 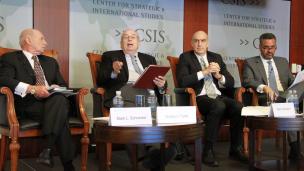 The Dangers of the Looming Constituent Assembly in Venezuela: Why the International Community Must Act
July 20, 2017
View all content by this expert