Patterns of Impunity: Human Rights in North Korea and the Role of the U.S. Special Envoy

On Thursday, June 17, 2021, CSIS Korea Chair hosted a discussion with Ambassador Robert R. King on his new book, Patterns of Impunity: Human Rights in North Korea and the Role of the U.S. Special Envoy. The event also featured Roberta Cohen, Co-Chair Emeritus of the Board of Directors of the Committee for Human Rights in North Korea (HRNK) and Ji Seong-ho, member of the National Assembly of the Republic of Korea.

In a new report with the George W. Bush Presidential Center, CSIS Victor Cha explains that a deal with North Korea is not possible without an improvement in the human condition. In the past, the United States privileged nuclear negotiations above all else. It became a policy truism to accept that the delicate negotiations would be made too indelicate by raising human rights with Pyongyang. Many negotiators feared that human rights discussions will distract from the main issue of denuclearization or even offend the regime and scuttle the talks. He offers ways in which we can regain lost ground in the North Korean human rights movement.

You can read his full testimony here.

Commentary by Ambassador Robert R. King, senior adviser at CSIS Korea Chair and previously the special envoy for North Korea human rights issues at the U.S. Department of State from November 2009 to January 2017.

Commentary by Ambassador Robert R. King, senior adviser at CSIS Korea Chair and previously the special envoy for North Korea human rights issues at the U.S. Department of State from November 2009 to January 2017.

Difficulties for Defectors in the Era of Rapprochement with North Korea

Ambassador Robert King, senior adviser at CSIS Korea Chair and previously the special envoy for North Korea human rights issues at the U.S. Department of State from November 2009 to January 2017, discusses the need difficulties for North Korean defectors in the era of rapprochement with North Korea.

Victor Cha, senior adviser and Korea Chair for CSIS, testifies before the Tom Lantos Human Rights Commission on the importance of incorporating human rights into a credible, verifiable deal with North Korea on, “North Korea: Peace Talks and Human Rights.”

Beyond Nuclear Diplomacy: A Regime Insider's Look at North Korea

A special event co-hosted by the CSIS Korea Chair, National Endowment for Democracy, and HRNK featuring a keynote address and discussion with Mr. Thae, Yong-ho, former Deputy Chief of Mission at the Embassy of the Democratic People's Republic of Korea in the United Kingdom. Mr. Thae discussed the situation in North Korea and the issues of importance regarding the security environment in the region.

Taking a Stand Together for Human Rights in North Korea

The CSIS Korea Chair together with the CSIS Japan Chair hosted government officials from the U.S., Republic of Korea, and Japan for an important discussion of human rights issues and North Korea. Katsunobu Kato, Minister in Charge of the Abduction Issue of Japan, Ambassador Jung-Hoon Lee, Ambassador for Human Rights of the Republic of Korea, and Ambassador Robert R. King, Special Envoy for North Korean Human Rights Issues of the United States, were joined by special guests, Grace Jo, Vice President, NKinUSA, and Koichiro Iizuka, Vice Secretary General, Association of Families of Victims Kidnapped by North Korea, who offered testimony of their experiences.

Light Through the Darkness: A Forum on Freedom in North Korea

On November 29, 2016, CSIS Korea Chair Dr. Victor Cha participated in the George W. Bush Institute’s forum “Light Through the Darkness: A Forum on Freedom in North Korea.” The forum brought together important national stakeholders and local community leaders to examine the human condition in North Korea. The event explored the nexus between North Korean human rights and national security and brought attention to new initiatives that support the North Korean people, particularly escapees who have resettled in the United States.

Former President George W. Bush gave remarks at the forum calling North Korea the “greatest sustained humanitarian challenge of our time.” The event comes at a time when there are heightened concerns about the significant advances in North Korea’s nuclear weapons and ballistic missile programs and increasing focus on the human rights abuses occurring in the country.

A new report titled “Toward a New Policy and Strategy for North Korea" co-authored by Dr. Victor Cha and Ambassador Robert Gallucci was published in conjunction with the event. This report seeks to bridge the gap between the national security and human rights communities and argues for a new U.S. policy that integrates efforts toward dealing with North Korean security threats with approaches that focus on human freedom in the country. Dr. Victor Cha is Senior Adviser and Korea Chair at the Center for Strategic and International Studies, a Professor and Director of the Asian Studies Program at Georgetown University, and a Fellow in Human Freedom at the George W. Bush Institute. Ambassador Robert Gallucci is a Distinguished Professor in the Practice of Diplomacy at the Edmund A. Walsh School of Foreign Service, Georgetown University.

The CSIS Korea Chair, together with the George W. Bush Institute, Committee For Human Rights in North Korea (HRNK), National Endowment for Democracy, and Yonsei Center for Human Liberty, hosted a special gathering of policymakers, opinion leaders, and stakeholders on the topic of North Korean human rights and the nexus with security issues. The conference commemorated the two-year anniversary of the publication of the United Nations Commission of Inquiry's report on North Korea's human rights violations. Featured speakers discussed accountability for North Korean human rights abuses, feature new data and research, examined the link between human and national security, and investigated policy prospects for 2016 as we seek to deepen understanding of the human condition in North Korea and formulate practical solutions. 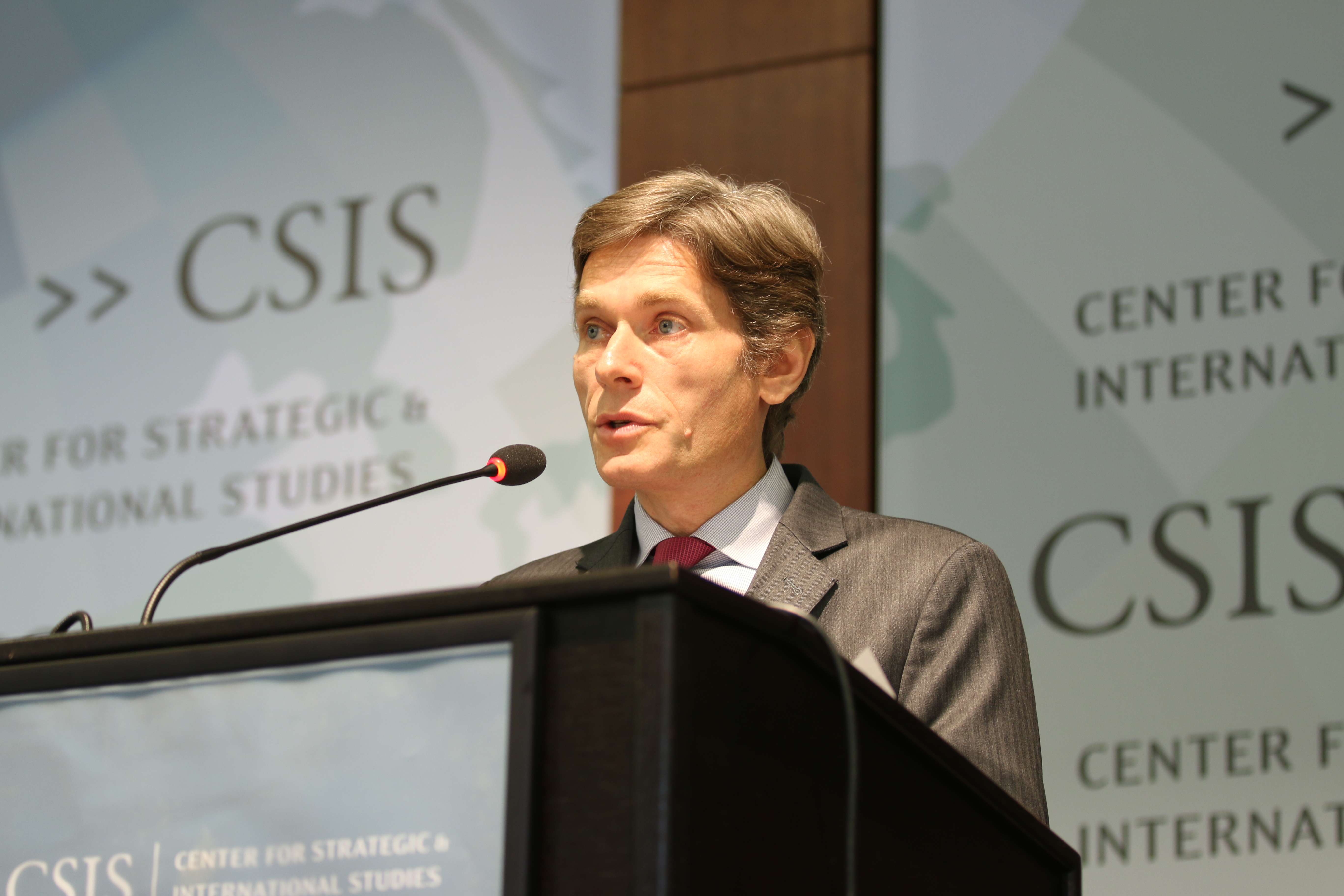 An unprecedented gathering of policy makers, opinion leaders, and stakeholders on the topic of North Korean human rights to commemorate the one year anniversary of the report by United Nations Commission of Inquiry on human rights in the Democratic People's Republic of Korea. The gathering aimed to carry forward the momentum created by the United Nations Commission of Inquiry report and subsequent UN action.

The project aimed to spotlight the North Korean human rights issue and foster bipartisan discussion about additional steps the United States can take to support the people of North Korea by bringing together stakeholders to define strategies helpful to governments and non-governmental organizations (NGOs) and improve the human condition in North Korea.

"Forty days. That's the timespan between September 3 and October 14 that North Korea's Kim Jong Un vanished from public sight. Speculation ran rampant outside North Korea as to his whereabouts, ranging from illness to a potential coup. One of the wilder theories attributed his disappearance to Swiss cheese-related health issues. Meanwhile, the country's state-controlled media explained Kim's absence as a product of "discomfort." This incident exemplified the murkiness that surrounds information in North Korea.

The North Korean regime maintains the world's worst media environment. Independent press is nonexistent. Televisions and radios must be modified to receive government approved channels only. Foreign media of any kind is illegal."

"Wherever you are vacationing this summer, chances are you will encounter someone with his nose buried in David Baldacci's latest best-seller, "The Target." One of "The Target's" villains is from North Korea, and the novelist doesn't have to use his imagination to describe the depredations of life in that totalitarian country. The human-rights horrors he describes are all too real.

Among the abuses recounted is the punishment for North Koreans who are repatriated after having escaped to China. Beijing's longstanding policy is to deny refugee status to the North Koreans. Rather, Chinese authorities track down, arrest and send back North Koreans who are hiding there. Since the late 1990s, Beijing has forcibly returned tens of thousands of refugees to North Korea. Their only crime was to have sought a better life outside of the repressive country, and many seek to live across the border in South Korea, one of Asia's most vibrant and prosperous democracies."

The Hidden Gulags of North Korea

“When North Korea makes the headlines, you can be almost certain that it won't be for good reasons. With depressing regularity, we hear stories about military provocations against South Korea and the North's ongoing efforts to develop nuclear weapons. Or we hear about trivialities like the opening of an amusement park or the disgraceful antics of a former basketball star. But an issue of far greater importance than the trivial stories, and of equal importance to the security questions, gets only scant coverage: North Korea's atrocious record on human rights.” 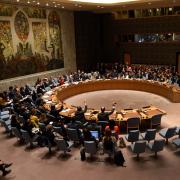 While North Korea’s nuclear weapons and the security threat it poses have occupied the center stage and eclipsed other issues in recent years, human rights remain important to U.S. policy. 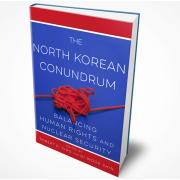 When Will the United States Have a Special Envoy for North Korean Human Rights?

North Korean human rights is clearly an issue that the administration has specified is a priority. The Senate confirmation process, however, may require a little additional time. 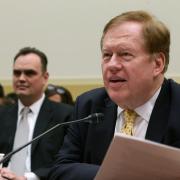 Concern in Pyongyang over Protests in Havana?

The demonstrations in Cuba are not just a time for North Korea to demonstrate solidarity. There is a good possibility that these events are a concern to some North Korea’s leaders because what happened in Cuba might also happen in their own country. 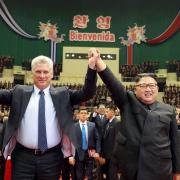 Patterns of Impunity: Human Rights in North Korea and the Role of the U.S. Special Envoy

Please join the CSIS Korea Chair for a discussion with Ambassador Robert R. King on his new book, Patterns of Impunity: Human Rights in North Korea and the Role of the U.S. Special Envoy. 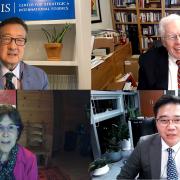 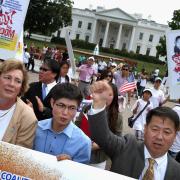 The number of North Korean defectors has dropped to the lowest level in two decades, Ambassador Robert King writes. With conditions making it even more difficult for defectors to successfully leave North Korea, improvement in the near future is not likely. 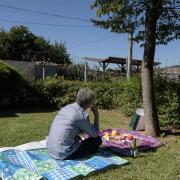 Ambassador Robert R. King, special envoy for North Korea human rights issues from 2009 to 2017, offers advice for the Biden administration. In short? Human rights with humanitarian assistance must be an integral part of policy toward North Korea, not an afterthought. 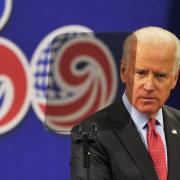 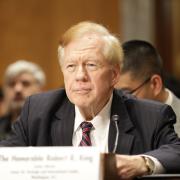