David Simon is an adjunct fellow in cybersecurity and international law with the CSIS Strategic Technologies Program. In addition to his CSIS affiliation, he is a partner in Mayer Brown's Washington, D.C., office and a member of the global Cybersecurity and Data Privacy practice. He is also a member of the firm’s National Security and Government Contracts practices. A former special counsel at the U.S. Department of Defense (DoD), he has advised on cutting-edge cybersecurity and national security matters. Mr. Simon focuses his practice on complex and sensitive cybersecurity, defense, intelligence, and national security matters, with experience advising victims of state-sponsored cyber activity. He advises companies as they address cyber vulnerabilities and breaches, as well as associated legal, regulatory, and reputational consequences. In addition, he helps companies structure, negotiate, and protect their commercial and compliance relationships with key national security government agencies. He also counsels U.S. and foreign clients regarding economic sanctions, asset controls, and transactions reviewed by the Committee on Foreign Investment in the United States (CFIUS). During his time in the Pentagon (2011-2015), he advised on the national security and international legal issues implicated by cybersecurity policy, plans and operations, as well as the use of force, counterterrorism, arms control treaties, missile defense, nuclear matters, and sensitive investigations. He also served as a lead counsel for the DoD working group that drafted the Directive on Autonomy in Weapons Systems, which established the department’s policies on the development, acquisition, and employment of unmanned, semiautonomous, and fully autonomous weapons technologies. In recognition of his national security work at DoD, he received the Office of the Secretary of Defense Award for Excellence. A Rhodes scholar and Truman scholar, Mr. Simon graduated from Harvard Law School, where he was an executive editor of the Harvard Civil Rights-Civil Liberties Law Review and a Heyman fellow. Prior to attending law school, he received an M.Phil. in international relations from Trinity College, Oxford, where he debated for the Oxford Union and was the managing editor of the Oxford International Review. He graduated summa cum laude and Phi Beta Kappa from the University of Minnesota, where he received a B.A. in Russian area studies. 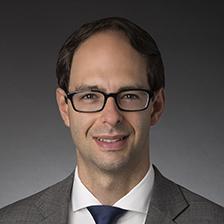 Most Recent From David Simon 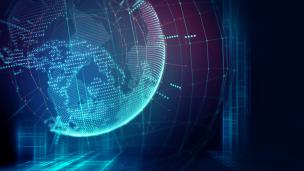 Raising the Consequences of Hacking American Companies
By David Simon
October 12, 2017
View all content by this expert