Seth G. Jones is senior vice president, Harold Brown Chair, director of the International Security Program, and director of the Transnational Threats Project at the Center for Strategic and International Studies (CSIS). He focuses on defense strategy, military operations, force posture, and irregular warfare. He leads a bipartisan team of over 50 resident staff and an extensive network of non-resident affiliates dedicated to providing independent strategic insights and policy solutions that shape national security. He also teaches at Johns Hopkins University’s School of Advanced International Studies (SAIS) and the Center for Homeland Defense and Security (CHDS) at the U.S. Naval Postgraduate School.

Prior to joining CSIS, Dr. Jones was the director of the International Security and Defense Policy Center at the RAND Corporation. He also served as representative for the commander, U.S. Special Operations Command, to the assistant secretary of defense for special operations. Before that, he was a plans officer and adviser to the commanding general, U.S. Special Operations Forces, in Afghanistan (Combined Forces Special Operations Component Command–Afghanistan). In 2014, Dr. Jones served on a congressionally mandated panel that reviewed the FBI’s implementation of counterterrorism recommendations contained in the 9/11 Commission Report. He is the author of Three Dangerous Men: Russia, China, Iran, and the Rise of Irregular Warfare (W.W. Norton, 2021), A Covert Action: Reagan, the CIA, and the Cold War Struggle in Poland (W.W. Norton, 2018), Waging Insurgent Warfare: Lessons from the Vietcong to the Islamic State (Oxford University Press, 2016), Hunting in the Shadows: The Pursuit of al Qa'ida since 9/11 (W.W. Norton, 2012), and In the Graveyard of Empires: America’s War in Afghanistan (W.W. Norton, 2009). Dr. Jones has published articles in a range of journals, such as Foreign Affairs, Foreign Policy, and International Security, as well as newspapers and magazines like the New York Times, Washington Post, and Wall Street Journal. Dr. Jones is a graduate of Bowdoin College and received his MA and PhD from the University of Chicago.

Seth Jones’ most recent book examines how three key figures in Moscow, Beijing, and Tehran, respectively, built irregular warfare campaigns that are eroding American power. Conventional warfare—clashes between large military forces—defined twentieth-century power. But today, facing dominant US conventional and nuclear capabilities, the U.S.’s principal adversaries, Russia, China, and Iran, have adopted a different style of competition. Cyber attacks, covert action, proxy conflicts, information and disinformation campaigns, espionage, and economic coercion—these are the tools of irregular warfare, which will increasingly reshape international politics. In short, the future of warfare is likely to be closer to the Chinese general Sun Tzu than to the Prussian military theorist Carl von Clausewitz.

How Ukraine Became a Testbed for Western Weapons and Battlefield Innovation

'We have to be judicious': Top US senator backs sending long-range missiles to Ukraine

Inside the monumental, stop-start effort to arm Ukraine

The Role of Special Operations Forces in Great Power Competition 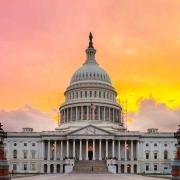 A Global Outlook with Former Secretary of Defense Mark Esper

Join us for an in-person discussion on Wednesday, January 15 at 4 pm ET with the Honorable Dr. Mark T. Esper, former U.S. secretary of defense. Dr. Esper will discuss his latest book, as well as the current situations in Ukraine, China, and the state of the U.S. defense industrial base. 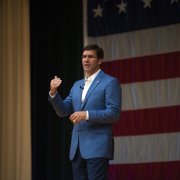 CSIS’s Seth Jones joins the podcast to discuss his new report, “Empty Bins in a Wartime Environment: The Challenge to the U.S. Defense Industrial Base”

Empty Bins in a Wartime Environment: The Challenge to the U.S. Defense Industrial Base

The U.S. defense industrial base is not prepared for the international security environment that now exists, including to deal with China. The United States should take several steps now to strengthen the industrial base to improve deterrence and warfighting. 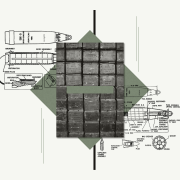 The End of the Beginning in Ukraine

Despite Ukraine’s retaking of Kherson, there are growing calls for Ukraine to end the war through peace talks with Russia. But the conditions are not yet ripe for peace. The United States should continue to aid Ukraine by providing more arms and economic support. 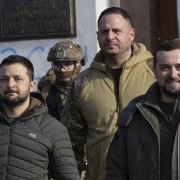 This report examines the use of unmanned aircraft systems (UASs) in combined arms warfare based on the war in Ukraine and other cases. In the future, UASs will likely play an increasingly important role in great power competition against such countries as China and Russia. 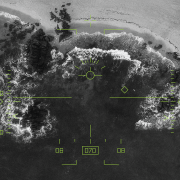 Join the CSIS International Security Program for a conversation with General Wayne Eyre, Canada's Chief of the Defence Staff on the future of North American defense, the U.S.-Canada defense relationship, Arctic security, and support to Ukraine following Russia’s invasion. 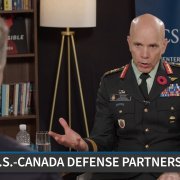 2022 National Defense Strategy: Implications for China and the Indo-Pacific

CSIS hosted a discussion on the most critical takeaways for U.S. defense policy to deal with China and the Indo-Pacific, as detailed in the 2022 National Defense Strategy (NDS). 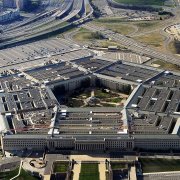 The Center for Strategic and International Studies (CSIS) hosted a press briefing on October 27, at 2:00 p.m. ET analyzing the 2022 National Defense Strategy. 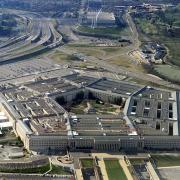 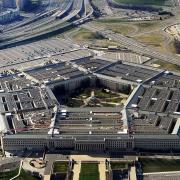